Wine tasting in Nelson and Marlborough

After zipping past the glaciers of the west coast and encountering the ever popular sandfly for the first time, Elizabeth and I have spent the last two days nursing our bites and tasting wine in the Nelson and Marlborough regions. We're approaching harvest time and netting covers the vines to protect the sweetening fruit from birds. Young workers make their way through the rows under the nets banging metal pipes in order to flush out any sneaky birds that made it inside. 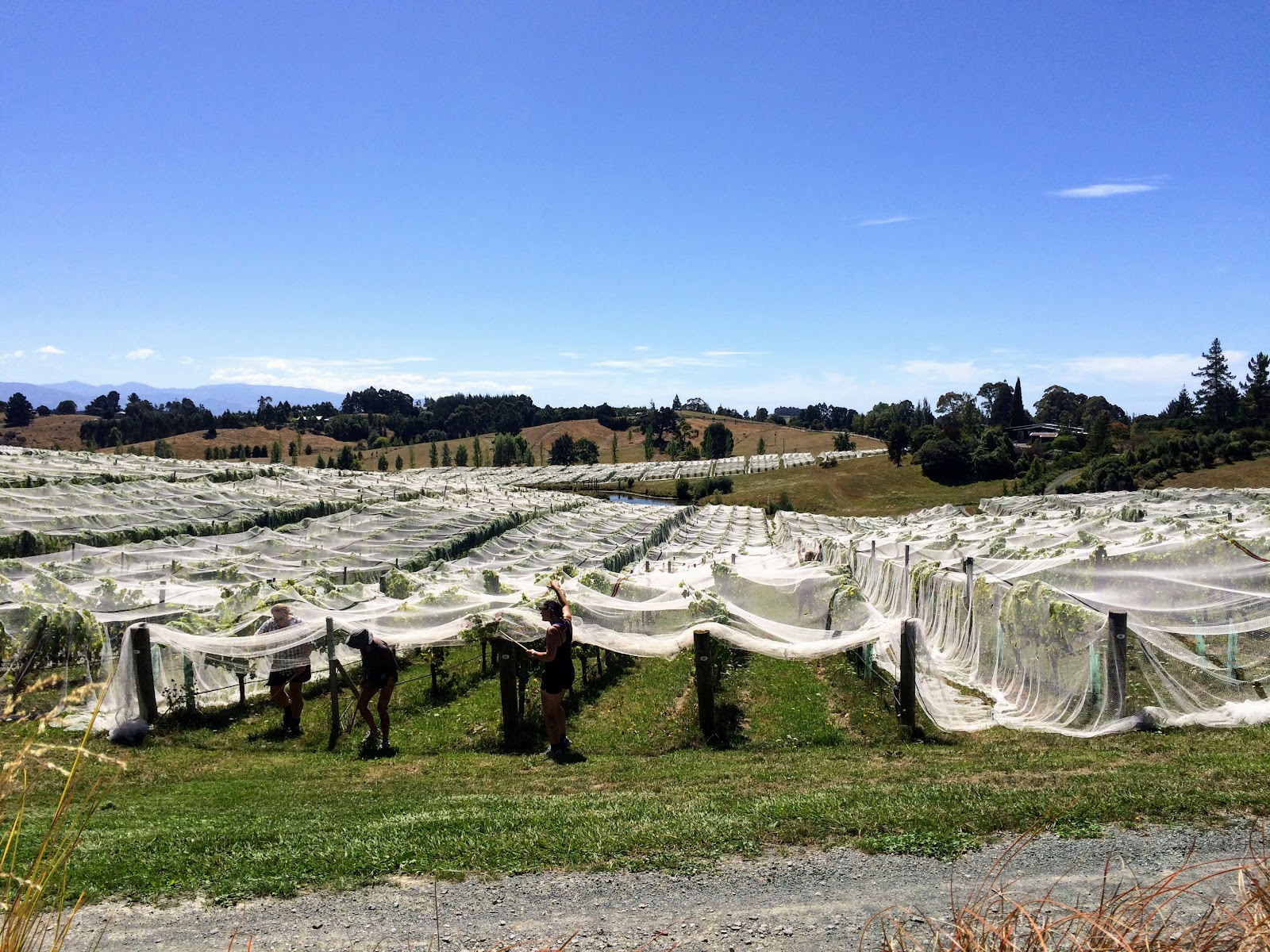 New Zealand has a great deal to offer apart from the Sauvignon Blanc (SB) that it is best known for. Particularly many of the wineries we visited has excellent Gewürztraminer, more experimental takes on the SB, and other aromatic whites. Unfortunately it's difficult to get a hold of much beyond the classic SB and odd Pinot Noir or two back in the US due to the rather limited production volumes of the more interesting wines.

For those of you keeping score, our favorites from the Nelson area were:
1. Woolaston (interesting SB aged in acacia wood)
2. Waimea (my favorite classic Marlborough SB and a Cabernet Franc-Syrah-Viognier blend called Trev's Red)

As I write we are aboard the MV Straitsman ferry (the first of many ferries during this adventure) steaming our way from the South Island of New Zealand to the North Island. The Northern shore is beginning to form in the distance as if the cloud itself were congealing into solid state. The gentleman sitting next to me tells me that this phenomenon is known as a "sea fret" or "haar". Unfortunately some things cannot be captured on film. 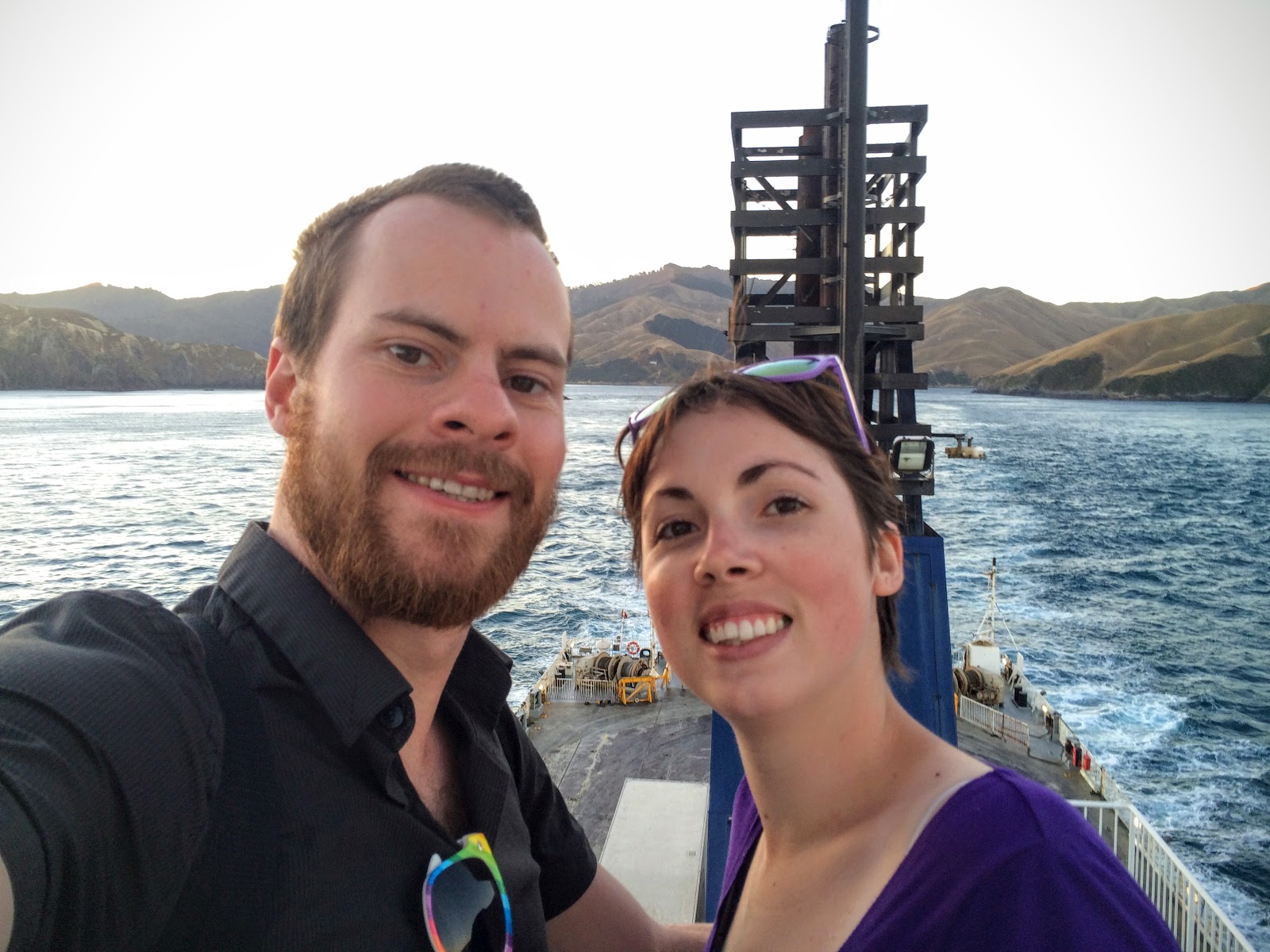 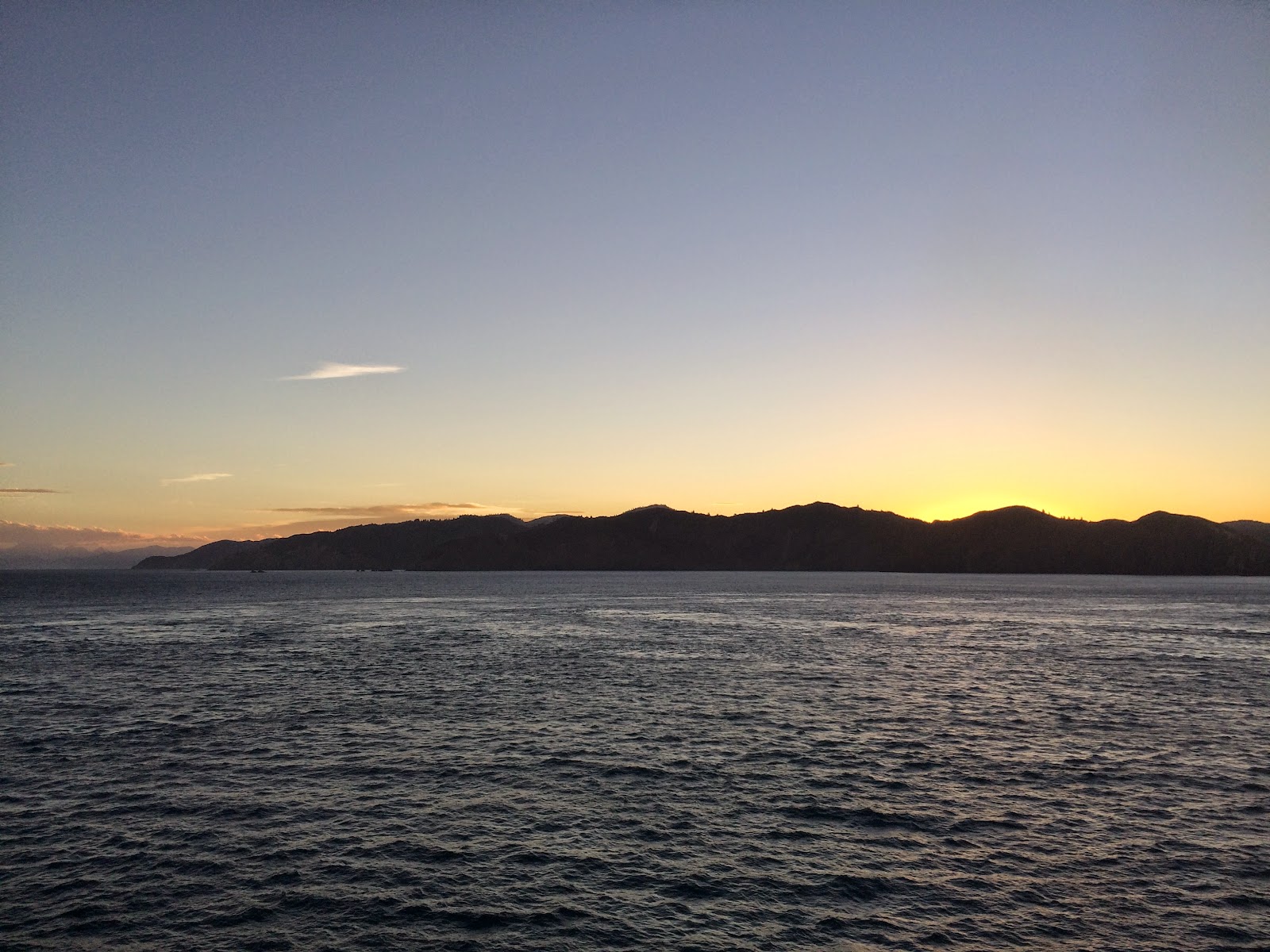 Sunset over the receding South Island