Malaysia passed like a dream of Chinese food and condensed-milk coffee. The border town of Johor Baru was unremarkable, but it was nice to be back in a land where we didn’t blow an entire day’s budget on a dormitory bed. 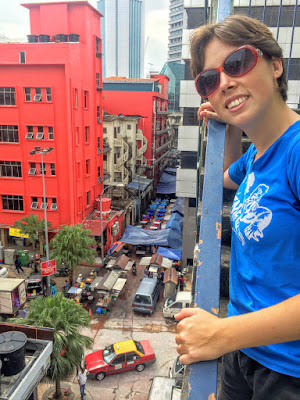 Johor street life as viewed from our RM 42 hotel room 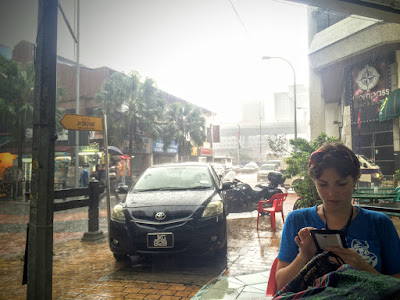 The rains poured down in a torrent, causing us to seek shelter in one of the abundant juice shops.

One thing Johor had going for it was the best ice kecang I’ve tasted. 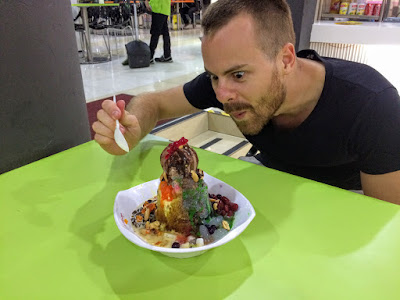 We soon made track for isolated Tioman Island to lay low for a while and catch up on writing about travels through Indonesia. 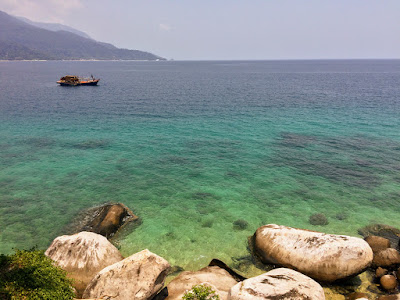 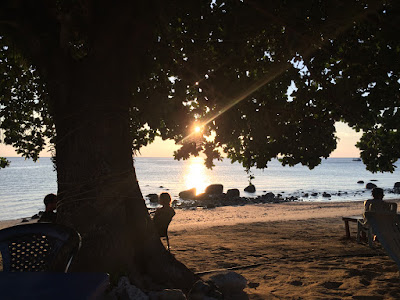 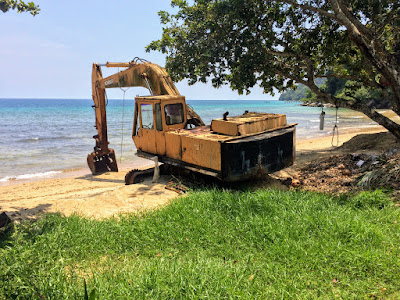 Melaka (Malacca) was an influential trading port throughout most of history until the British took it over. According to the Melaka Maritime Museum, everything was going fine until they basically ran it straight into the ground by developing the ports of Penang to the north and Singapore in the south while ignoring Melaka’s growing fiscal tribulations. 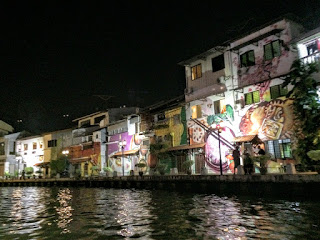 Street art on the river.. err, river art that is 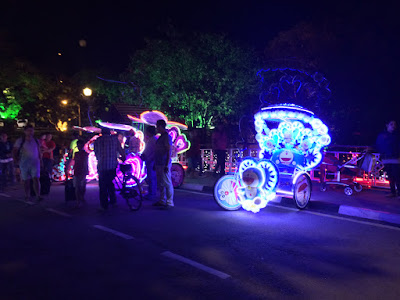 The eccentric rickshaws of Melaka

Coconut peeling skilz!South
Posted by Nick McBride at 4:58 AM