Having purchased a ticket for 3,600 rupiah, we embarked on a train journey toward the coast on the western end of Java that would be our best-value transportation of the entire trip. For four hours we were ensconced in the luxury of an air-conditioned train compartment, complete with electrical outlets and a toilet this clean!! 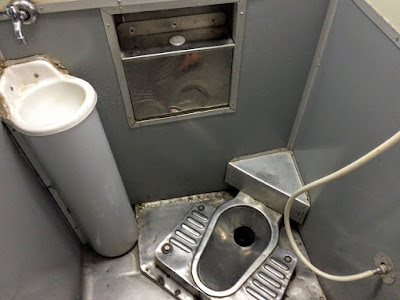 Unbelievably clean. How does this one compare Toilets of the World??


Pretty much this. For four hours.

To pass the time I started reading about massive volcanic eruptions throughout history, as you do. You've probably heard the name Krakatau or Krakatoa at some point when you were absent-mindedly binge-watching the Discovery channel while folding laundry or reading Niezsche. But if you never stopped to think about what it might have been like to witness the colossal tectonic power power that was unleashed on August 27th, 1883, take a moment to think about that now. In fact to witness the event at too-close a range would have been literally beyond the human capacity for experience. The explosion was the loudest sound ever heard by humans in recorded history; if you were unlucky to be within 10 miles you would have been instantly and very permanently deafened. While you may think that would suck a lot, you would probably be much more worried about the 11 CUBIC MILES of ROCK that had just been blasted into the sky above your head. The sea flash-boiled creating a steam cushion that carried the pyroclastic flows of superheated rock and gas shooting across 30 miles of ocean to the Sumatran coast like the world's least-popular air hockey puck. This would be shortly followed by a 100 foot wall of water moving at a more leisurely pace.

The entire island got blasted into bits (nifty animation from Wikipedia)

By the time we reached the tiny ferry town of Merak on the coast, I was decided to visit Krakatau and climb the slopes of the newly emergent Anak Krakatau (Child of Krakatau) that has since risen, boiling, out of the sea in 1927. Anak Kakatau is located on an island midway between the Indonesian centerpieces of Java and Sumatra. Before long we had ganged up with another vulcanite, Isabelle to pool our resources for a boat to the this geological epicenter. 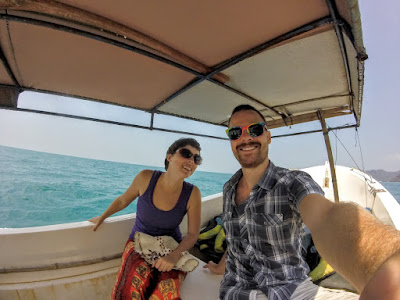 From the Sumatran coast to Krakatau. My haircut here is the unfortunate result of employing a barber whose language I didn't speak

The smoldering angst of Anak Krakatau; this whole thing has grown out of the sea in less than 90 years

We didn't make it to the crater rim. It turns out that you can't get up that far and even to climb too high is extremely dangerous. When the razor sharp volcanic rocks bigger than me started tumbling down the mount with every step I knew I had to turn back. This is actually the most dangerous place I've ever been in my life. The only way to get down was the surf on the scree slides and try not to fall and get buried alive!


On the way out to Krakatau we stopped to spend the night on the small island of Sebesi which had some charms of its own. 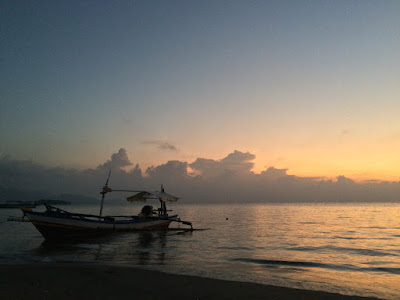 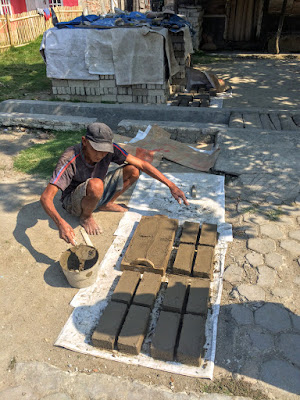 This local spends all day making bricks like this, no chair or anything required. He was very insistent that I document his technique.


Before long we had the legendary volcano to stern and were making waves back toward Sumatra and a long journey ahead to Jambi, our last stop in Indonesia. 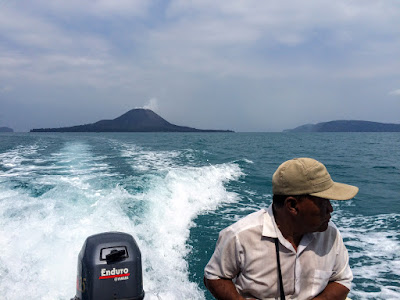 Smell ya later, you sulfurous kid! (It's fuming at this remark, I know) 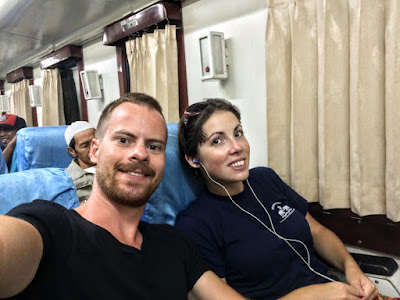 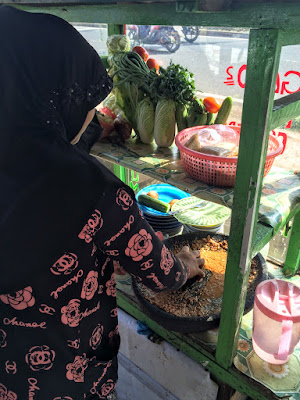 Making fresh peanut sauce for my gado-gado, the only food available out our bus stop in Palembang 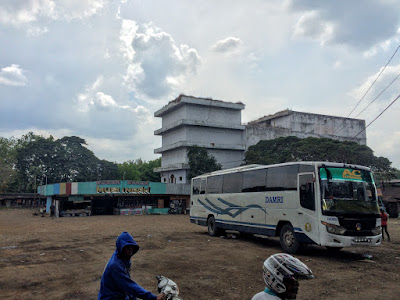 A brief respite from the long bus ride to Jambi. The houses in the background are for swiflets to roost and make bird's nests out of their saliva. These nests are then sold for insane prices for the culinary cravings of the Hong Kong and US markets. 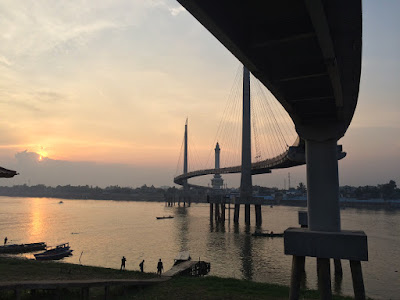 We finally arrived in Jambi, with just four days left on our Indonesian visa
Posted by Nick McBride at 6:16 AM