The Lembata to Sumatra Lambada pt. 3

Having made our way to the nethers of Sumba, we now had a vague notion of the extended maritime adventure that we would undertake in order to progress the great quest. Some informatical willow-wisps of the internet had whispered to me of a ferry from Waikelo in western Sumba to Lubuan Bajo, west Flores. This ferry might come on Saturday, but would more probably come by Monday, weather permitting. It might be a fast boat taking only two hours or it might be a slower government ferry taking six. A passing peripatetic recommended a ship from there to bypass the formidable but also interminable island of Sumbawa to disembark us on Lombok. Dawn, waiting for the ferry to arrive?

As it turned out the first leg would be two steps: first to Sape, then on to Lubuan Bajo for which we spent a consecutive 33 hours on ferries. Life on board, we staked out a prime spot on the upper platform early

The boat would arrive in Sape in the evening, dock for the night, and leave for Lubuan Bajo the next morning. Hearing from 2 different people (including the guy behind the snacks counter on the ferry) that we would be allowed to sleep on board while it was docked for the night, we decided that is what we would do. As other passengers scurried around getting their bags and children in order, we remained stubbornly put. Multiple passengers attempted to shuttle us off with promises of leading us to a hotel, some seeming rather anxious about our intent to “sleep here” as we obstinately repeated in Indonesian.

Eventually we were informed, with much pointing and small, slow words on both sides, that this ferry was not going to Lubuan Bajo in the morning, but was in fact turning around and headed right back to Sumba. Now. We reluctantly joined the last trickle of people leaving the boat and were led to a different one. This was the boat we’d be taking tomorrow. We could sleep there. It was not docked for passengers, but we were led through a bit of a window and allowed to pass the night there along with about 2 dozen locals who had the same idea. 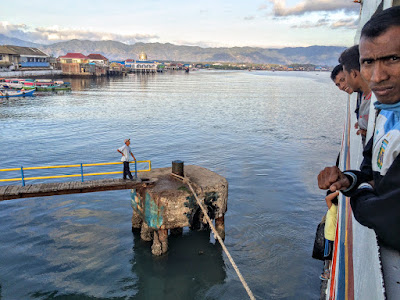 They turned the ferry around by attaching a huge rope to the pier and just swinging it. At this point we were unsure our ferry no. 2 actually had a rudder 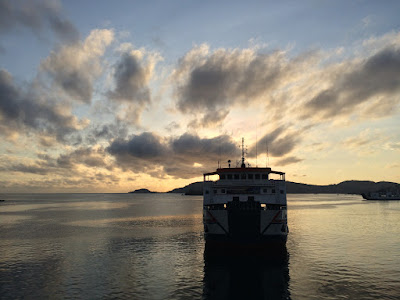 Another dawn, another ferry

Lubuan Bajo was a world of contrast to Sumba. A massive fleet of tour boats sat idled in the harbor and the mixed languages of many different nationalities percolated up from the streets to the rooftop bars.

Our ship of destiny was quickly located, but we had a couple of days to wait so I decided to take a diving course to pass the time. 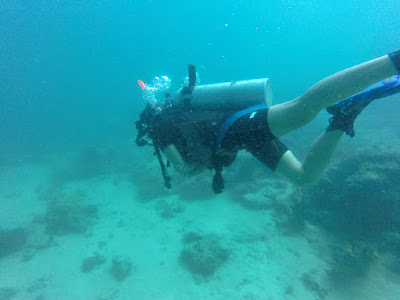 First time in the water! 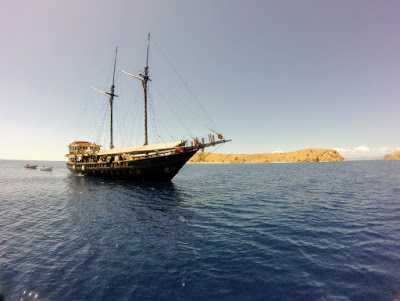 Yarr! We had to ask this roguish vessel for a spare scuba mask 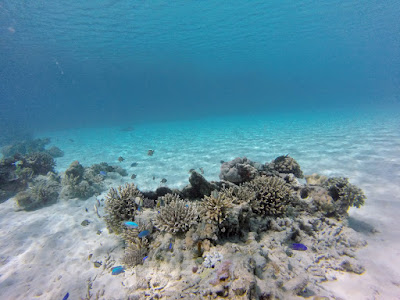 Some fishy things and other animals 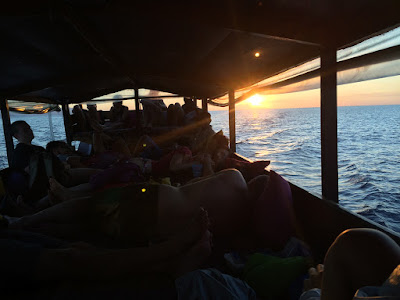 Exhausted form a full day of exploring the deep

I decided to keep both feet on land and chatted (in English!) with people other than Nick for the first time in a while. 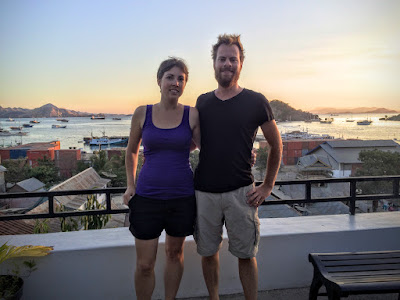 Not that I'm getting tired of his company or anything :)

Departure from Lubuan Bajo: A whirlwind of seaspray and dragons ensues. All aboard the good ship Santosa! 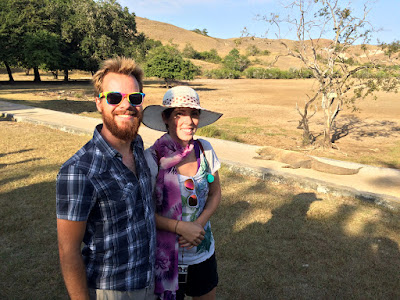 The Komodo dragon is found only on a tiny group of islands in Wallacea. It is a thundering great lizard, literally a living dinosaur. The Komodo survived as the dominant predator in its islandic niche while other Pleistocene megafauna died out. It mainly hunts deer, but sometimes goes for prey as big as water buffalo and its bite delivers an eloquently bespoke cocktail of bacteria and anticuagulant proteins that will take up to two weeks to finally kill its prey from blood loss and infection. All the while this gargantuan lizard waddles after it, swinging its front and back legs in opposite directions like a pudgy teenager doing side stretches. Meanwhie, absolutely EVERYTHING in its path gets the affectionate tongue treatment of a Komodo tasting session.


After avoiding being eaten, the rest of the boat ride was gravy. We only ran aground once! 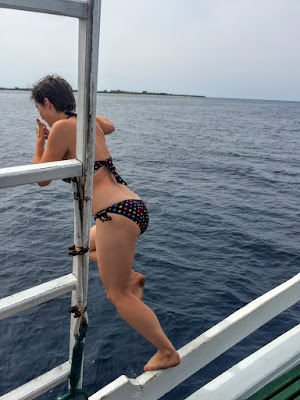 I overcame my fear of the open water and swam ashore a couple times! 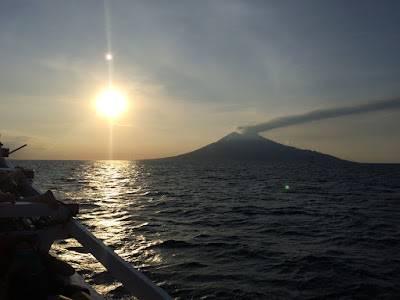 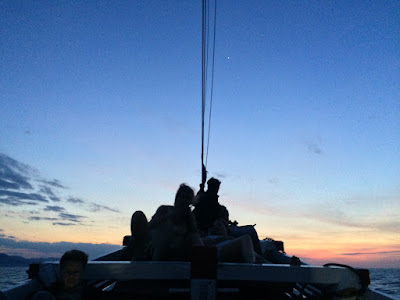 Sunset on the bow

We were soon in Lombok watching surfers ply the waters graded for ‘kamikazis only’ level waves. Sunset saw the tiny, bobbing heads of surfers still holding out for that big barrel
Posted by Nick McBride at 8:59 AM