We had made it to Timor-Leste, currently the 5th youngest sovereign state on our blue planet. May 20th was Independence Day (technically 'Reclamation of Independence Day') and patriotic fervor was full on. 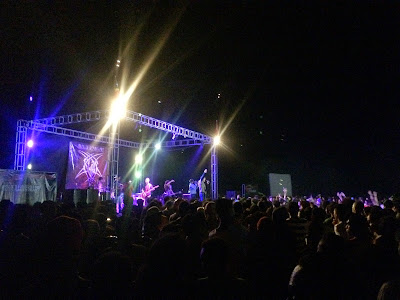 Celebrating the reclamation of independence with a Timor-Leste screamcore concert 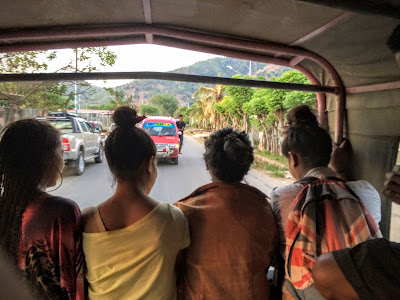 In the midst of the celebratory revving of motorbike engines and waving of flags of this recently post-revolutionary republic I feel that the true challenge and endeavor of our adventure has just begun. Henceforth our travels will be negotiated through a myriad of local means: The mikrolet: transport method of choice in Timore-Leste (photo by Wikimedia)

As I cling to the side of a mikrolet rushing through the streets of Dili I am fondly reminded of the chicken buses of Guatemala, where I got my first taste of what it is like to travel across country without schedules, prebooked tickets, or claim to personal space. Occasionally without even any road remaining where the map said there would be one. 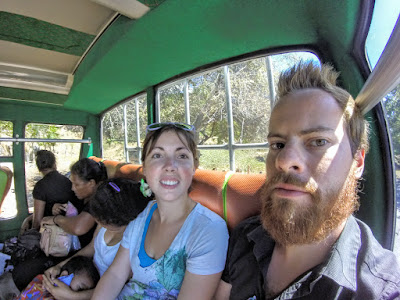 Sitting in the back of the bus, designated 'malae' (foreigner) space 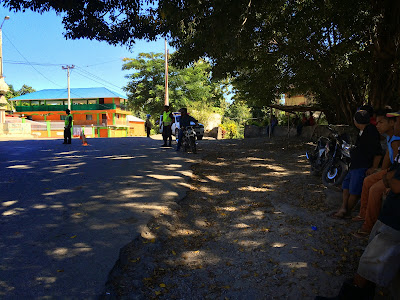 Just as the world has birthed new nations and fewer colonies, so has the nature of international travel changed through the past century. Needless to say, the meteoric rise of air travel has shrunk the world across many dimensions. This and other forces have been working to alter the landscape of international transportation. Gone are the days when one could pop down to the harbour and bargain for passage on the next cargo ship leaving port as Robert Fulton Jr. did several times during his historic motorcycle circumnavigation. In Darwin we managed to find the office of ANL Container Lines, formerly Toll Group, formerly Perkins International Shipping, the only direct cargo service between Darwin Australia, and Dili, Timor-Leste. All of the overland travel forums and blogs I had research pointed to Perkins as the best (or only) means of crossing the Timor Sea and I had tracked the organization down through multiple mergers, acquisitions, and transfers orchestrated by multinational logistics conglomerates. I had been on the phone with the ANL corporate office and unable to get any usable information other than a flat denial that it would be possible to arrange passage. Obviously I was not about to give up that easily. 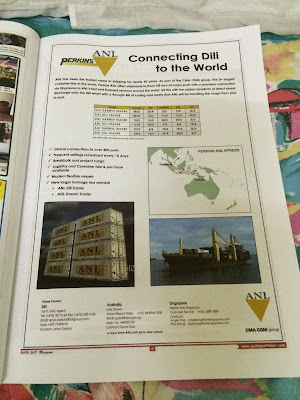 The good folks at Darwin’s ANL office, were nice enough to let us inside and explain that they literally had no say in the matter since the vessels that actually make the trip are all chartered from a 3rd party company based in the Mediterranean with all of its own unionized merchant marine crew. Thus the globalization of the shipping industry had cut off our best hope of an overland crossing. Even on other shipping routes the few berths to be found for travel on board cargo ships are booked through designated travel agents pandering to the now-moneyed baby boomer generation looking to relive the golden age of the hippie trail and the pilgrimages to India that were a staple of 1960's popular counterculture.

Just as capitalist forces have shifted the shipping industry, geopolitics have have shifted the ability of citizens from various countries to move across the face of the earth. The hippie trail itself winds though vast continental swathes that have been ravaged by war after war in the ensuing 50 years (Lebanon, Afghanistan, Iraq, Syria). The information revolution also means that people have been increasingly exposed to preconceived notions about others based on the political history of US foreign policy as filtered through their own national media lens and political outlook. A visit to Iran (through which the hippie trail once freely ran) has come highly recommended from those I've met along our journey, however the ability of US citizens to enter Iran is highly restricted due to the political relationship between our two countries. In fact, the majority of countries that will traverse during this challenge have passed through intense conflict in which US foreign policy played a pivotal role. Fortunately, peace has largely returned to these parts, as has goodwill to US-born travelers like myself. 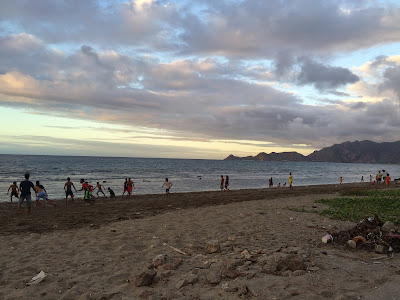 All the way the lands I travel through have moved on contrast themselves against the many things that have not changed. As my bus winds through the mountains and speeds through the plains of Timor-Leste we flash past grass huts and rice patties where the basic components of human survival have changed little in the past 1,000 years. 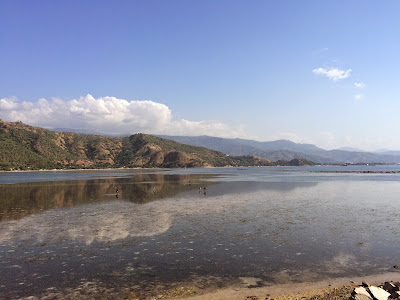 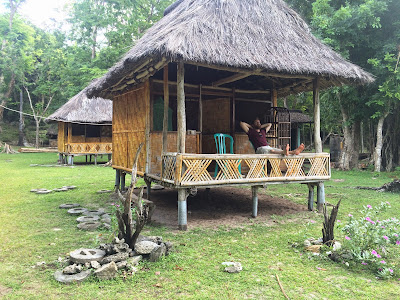 Chillin’ in the hut

Farmers spend their days planting and harvesting their crops and their nights slumbering under a construct of their own two hands, notwithstanding the ephemeral faint glow of a new text message finding its way inside.


Landing on Jaco Island, the destination of the weekend’s journey 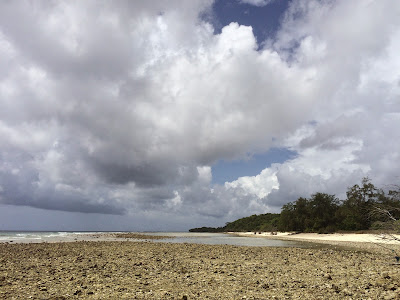 The jagged crushed coral beach crunched beneath my feet, composed of the skeltons of animals who lived hundreds of years ago 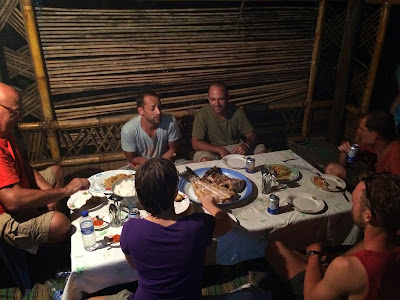 A freshly fished barracuda to cap off the day!
Posted by Nick McBride at 6:47 AM