Sorry for the delay, we had some technical difficulties getting the laptop onto wifi. Mostly these difficulties were that we were on a train for 3 days straight and there was no wifi available. Foreshadowing for certain Southeast Asian countries, I'm sure.


Arriving in Melbourne before we had to leave on the train for the wedding, our top priority was buying the wedding gift. Nick and Jacqui had been pen pals for many years after meeting as exchange students in Japan, so I suggested a nice set of cute stationary. I figured even if she didn't like it at least they'd get to use it soon with all the post-wedding notes they'll probably be sending. Nick found an area on the map that had a few stationary shops and we headed over that way. As we were approaching the area we passed by a cafe and inside I saw a young gentleman with a handlebar mustache and a fedora. I knew we were in a great area for a quaint stationary shop. Indeed, the shop was a treasure. They had a lot of fun mix and match stationary, but Nick stumbled on a table with wax stamp/seals. We ended up getting them these, a fancy T and a fancy J with a wax stick each. Jacqui and Troy said that it was a wonderful present and that they can't wait to use it on all the notes they'll be sending out after the wedding. Success :)

We had some great cocktails and food around the city. It's full of "laneways," which are basically alleyways but cars can drive through most of them, so they call them lanes. (You have to press yourself up to the side if a car is actually coming through, though, they're quite narrow.) All of the best stuff in the city is in some laneway or other, and it's so fun walking up to what looks like the entrance to a dark and creepy alleyway only to see 4 quaint looking restaurants and maybe some cool graffiti. 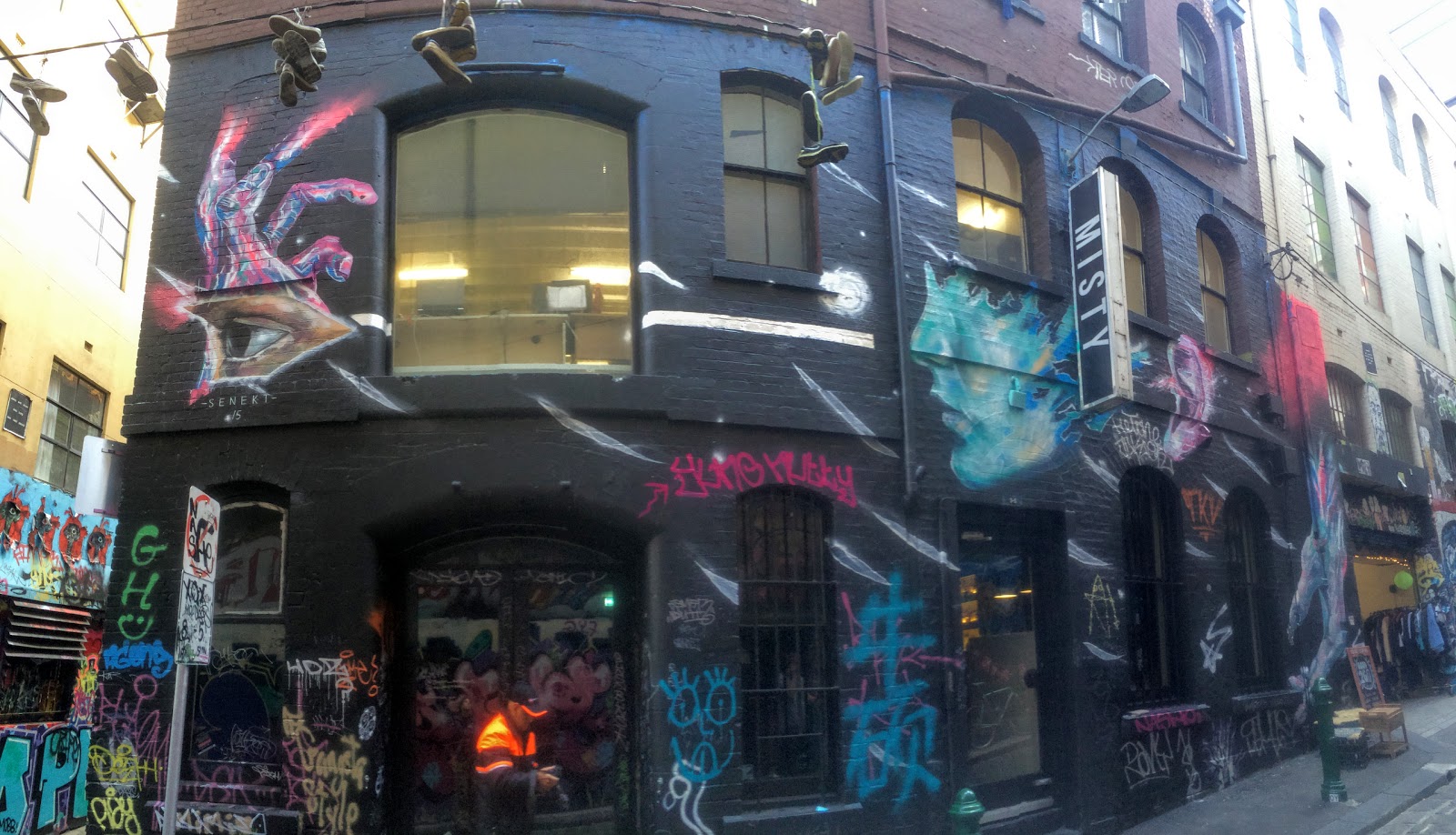 Graffiti covering one of the laneways. 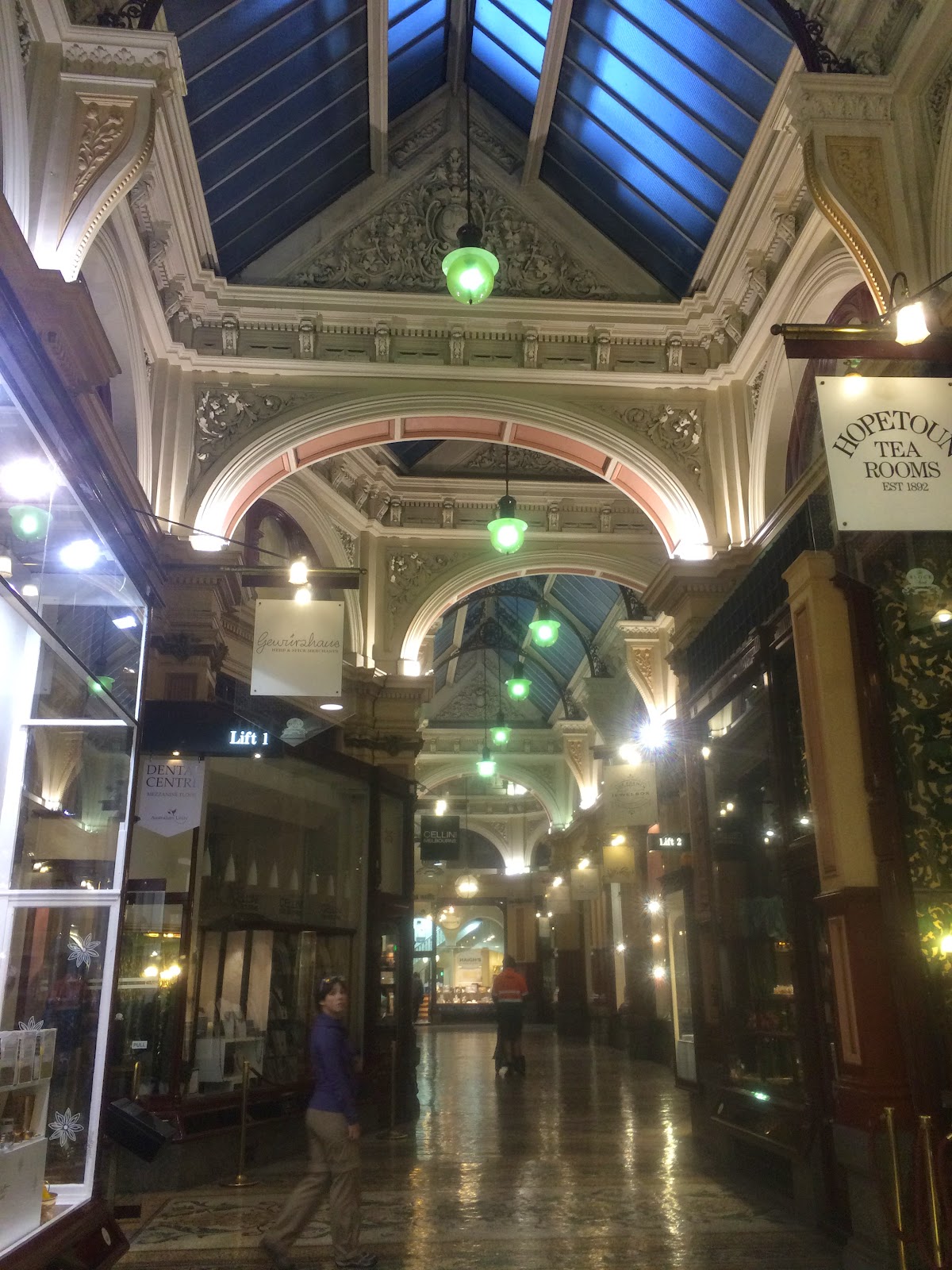 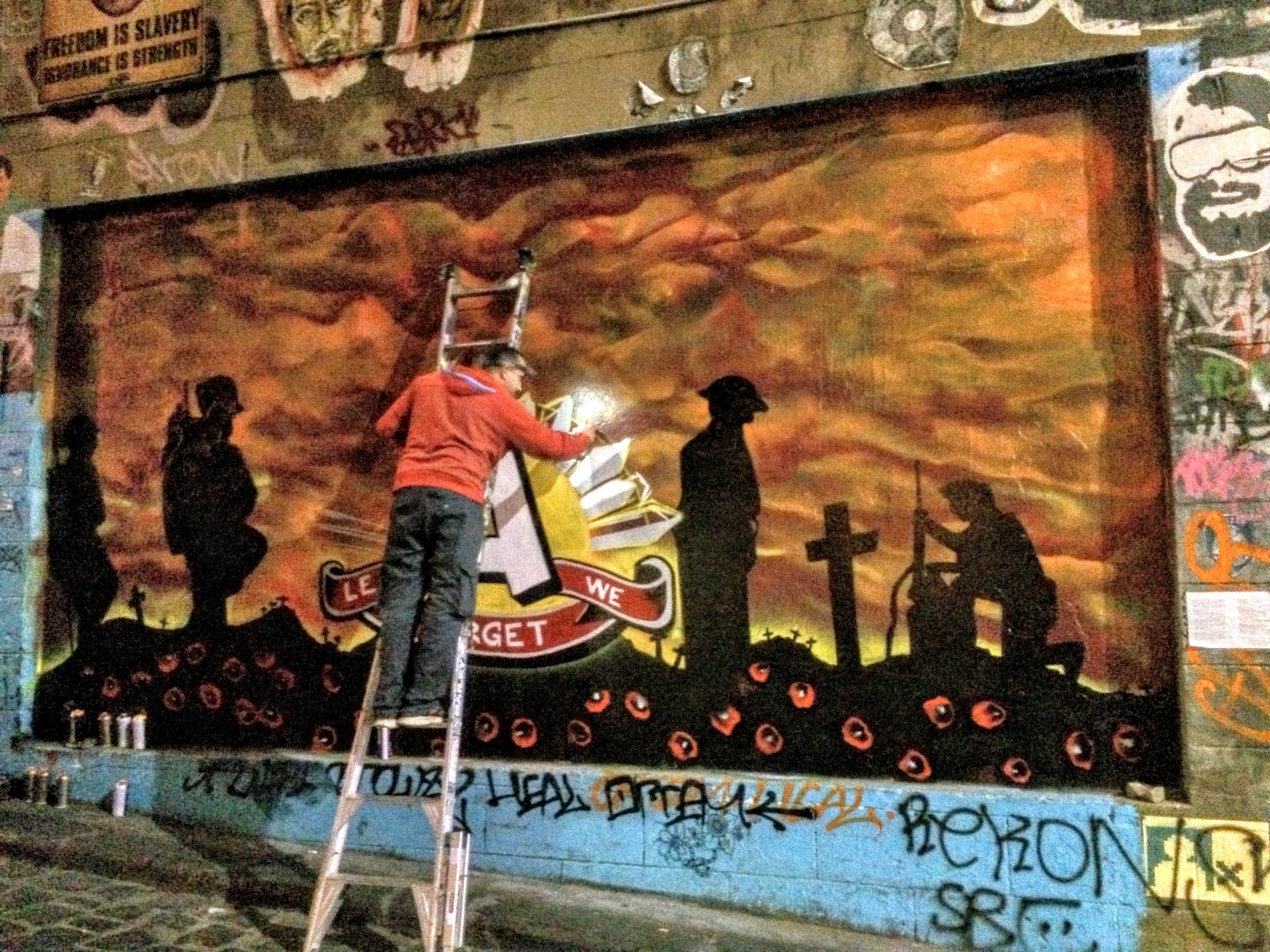 One of these cool laneway treats was a hidden bar down a particularly deserted laneway. I could have sworn that we were in the wrong place, but google is all knowing and claimed this was the address. We wandered back and forth about 3 times looking for anything promising. About to give up and ask inside the nearby hotel (and maybe on the off chance that the bar was actually inside the hotel?) I saw a dark wooden door. It blended into the shadows and we hadn't seen it before. I gave it a tentative push and we knew we were in the right place. 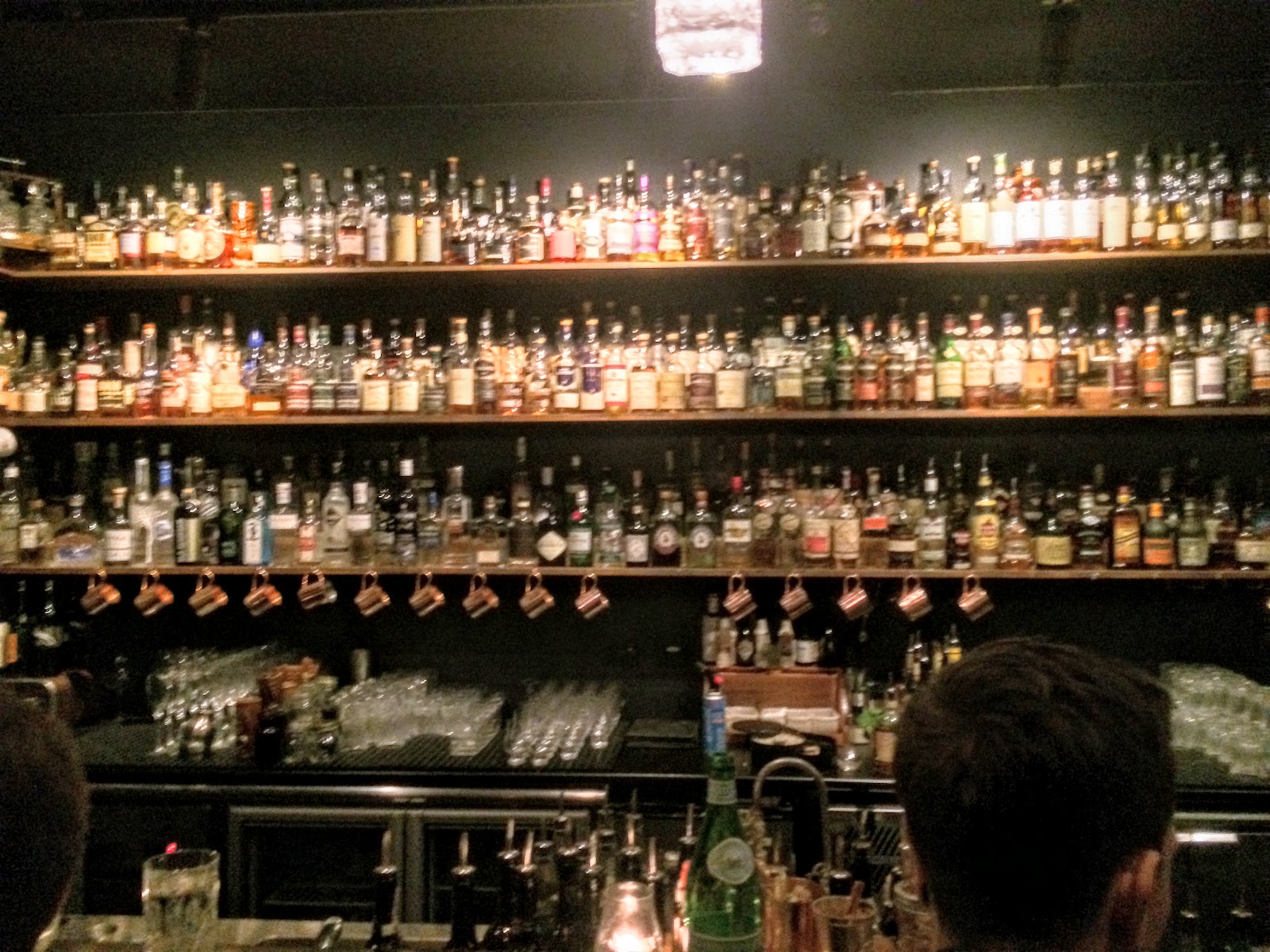 400 whiskeys, their whiskey menu alone was a think bound book.

I saw the couple next to us order a concoction where the waitress came by and poured liquid nitrogen over the top and gave them spoons to crack through the creamy, now frozen top. They pointed on the menu which cocktail it was (the cocktail book was about 10 pages long,) and I asked them if it was good. Before they had answered me in the affirmative, I had already decided that I would order it. 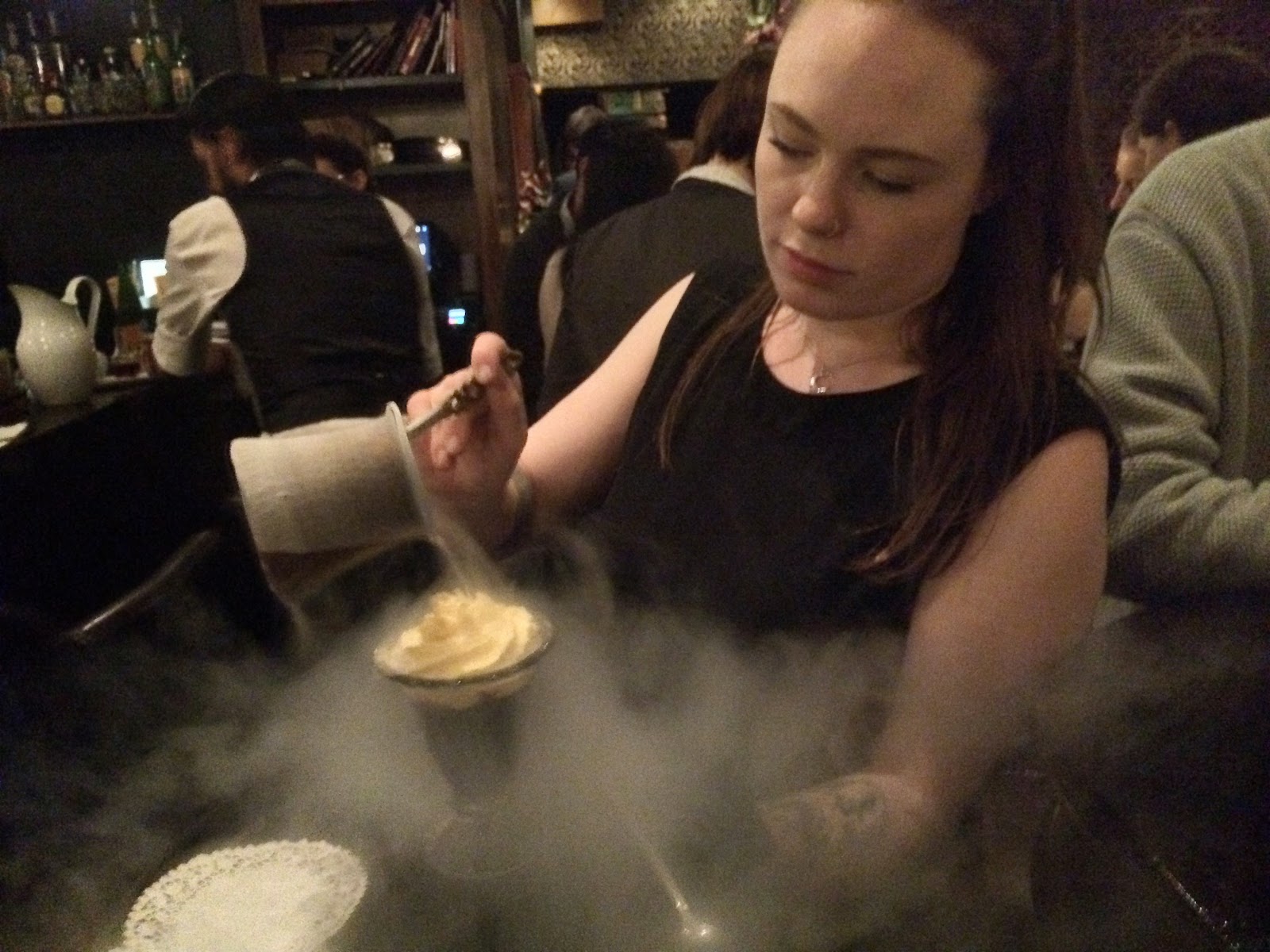 They have this stuff on tap!

The city was a great time from start to finish. Nick and I basked in the Botanic Gardens while I read to him. We are most of the way through Sense and Sensibility now. Looking for new recommendations soon! (He won't let me read him Game of Thrones, I think he's afraid of undertaking something that will last longer than this trip :) Nick having a great time. 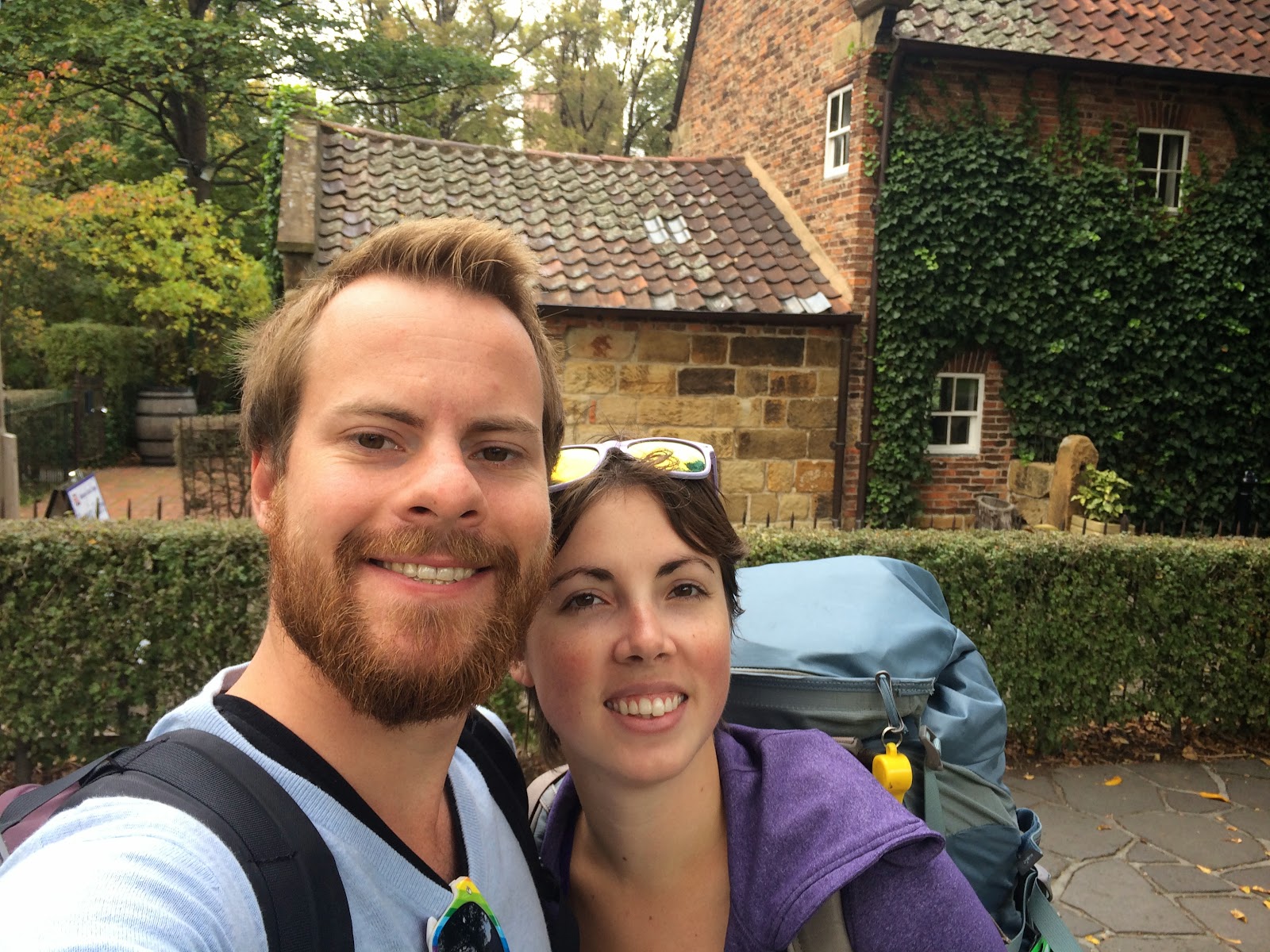 Historical house in the gardens. People inside were dressed in period clothing (not exactly sure what period, 1800s?) but I thought it would be rude to photograph them if we weren't going to pay the admission fee.

We've been blessed in Australia. In Brisbane we met Sage, who let us stay with her in Sydney. In Sydney we met Shane, program director at Good Return, the Australian World Education office, and he let us stay with him in Melbourne. He even picked us up at the subway station by his house. He has a beautiful and sweet 6 year old daughter who gave us the tour of the house when we arrived. Lots of emphasis on games and craft supplies, but I had to remind her to show us where the bathroom was :) She was the embodiment of generosity, telling us that we didn't have to be quiet when everyone else was sleeping if we really wanted to play their piano, or that we really didn't have to wash our own dishes because her parents would do that for us. I gave Shane a smile to know that I was taking her declarations with a grain of salt.

Jacqui and Troy offered to let us stay with them, closer to the central train station, on our last night there. Understandably, they weren't feeling up to having house guests for a week just after getting married. Their honeymoon isn't going to be for a few months, though, so we were able to see them and spend one evening with them, which was fantastic. We had a fantastic night, and learned an indispensable card game from them. On our train the next day we played enough to fill a double page of my notebook with numbers and winners. I know love isn't supposed to keep score, but... 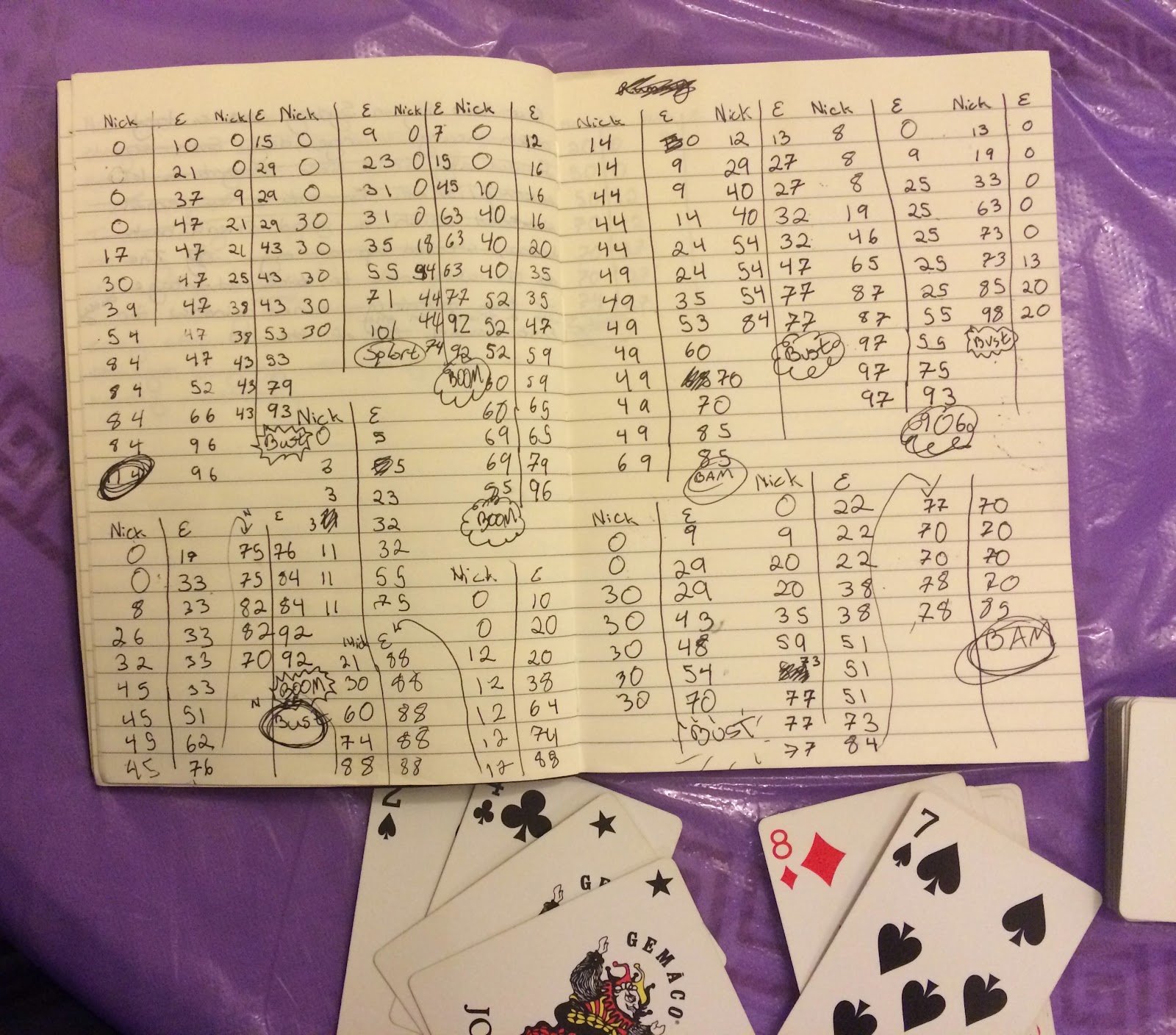 Leaving Melbourne was difficult, not only because we enjoyed our stay so much, but also because we had to wake up before 6 AM to catch our train.

I actually completely forgot we took this video.

Stay tuned for next time: our train trip to Adelaide and lots of South Australia wine tasting!

Posted by Elizabeth at 9:44 AM