A worker at the last winery of the day suggested a campground just down the road where a number of the staff were staying. We subsequently rolled into a vibrant community of travelers, many of them on 'working holidays' to New Zealand and staying in the area to work at wineries or pick fruit. This is a special type of short-term visa that New Zealand hands out to applicant from many countries between the ages of 18-30. I spent some time with a fellow from Italy who was extolling the virtues of the scheme--not only a fantastic travel opportunity in New Zealand, he was also making three times as much picking apples here as he had been making in Italy.

There were also 'holiday' goers from France, England, and Korea. We merrily whiled away the night discussing, as one does, the foibles of different international accents, spaghetti westerns, the ethnolinguistic connections of dogs, and how to take over the tourism economy of certain remote islands while drinking the amateur of local grape growers who had not cracked the barrier into full-time wine production. Ultimately the night was capped with a moonlit swim in the bay.

The next day we were on to the Rotorua region of New Zealand, literally bursting with geothermal energy. after another long day on the road we pulled into a campsite next to a complex of hot springs and thermal pools. The steam poured out of the earth as the setting sun illuminated the clouds above. 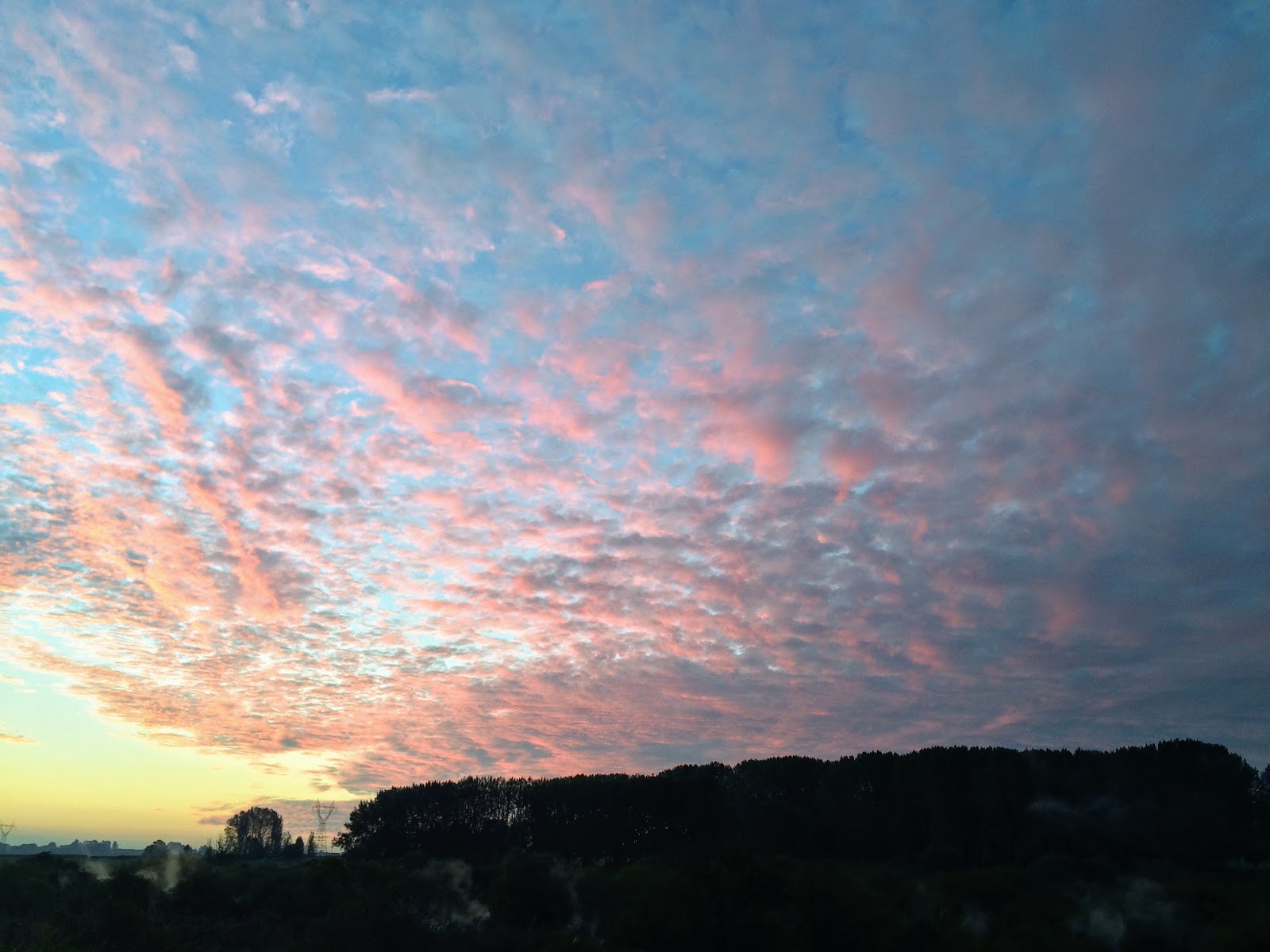 Sunset over the hot spring 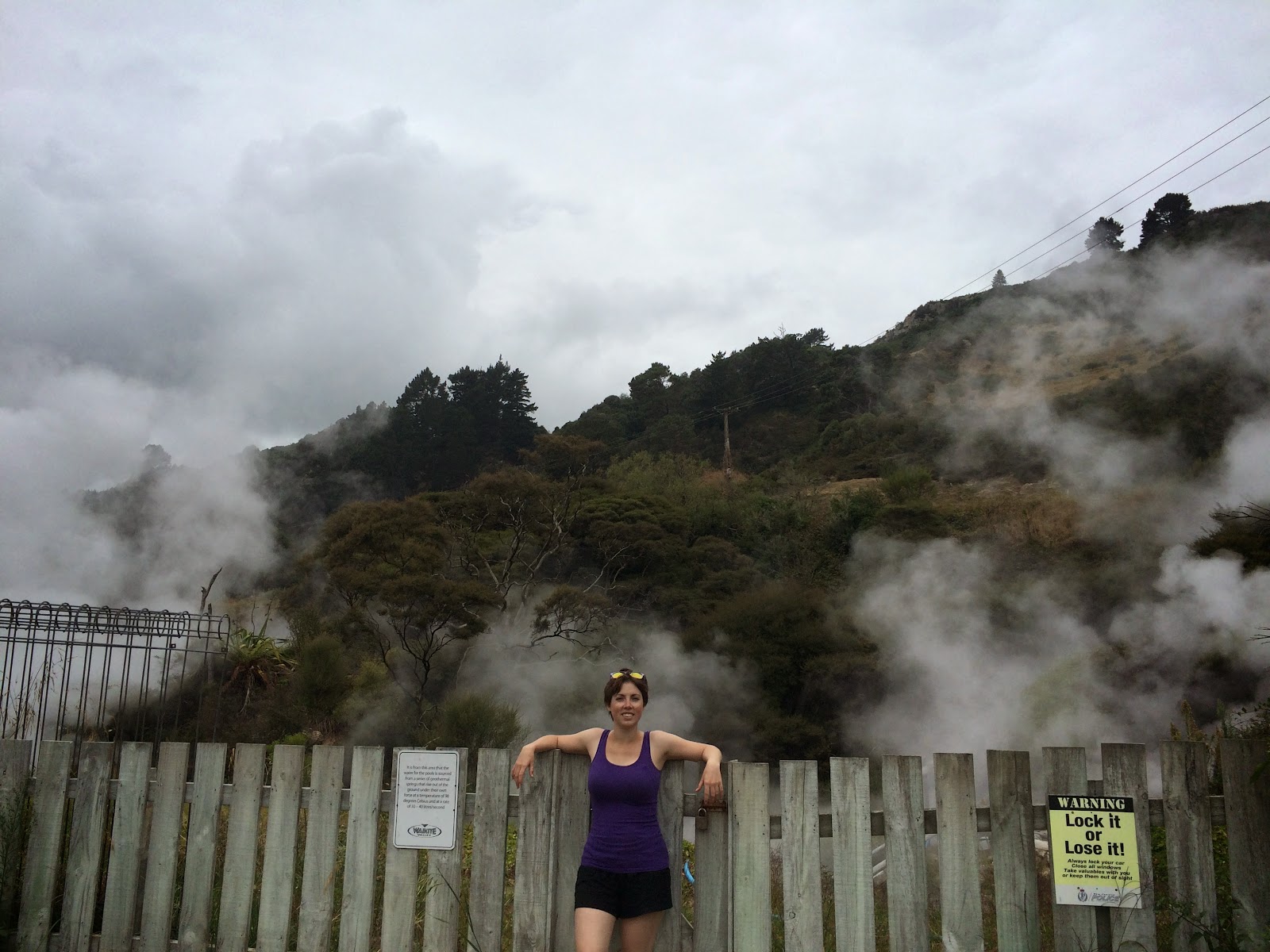 Steam rising from the thermal pools

The next day I caught up with an old buddy of mine from Cambridge; James generously showed us around Hamilton and his family's hospitality allowed me to at long-last experience the tri-mingling of three -mites on one toast! 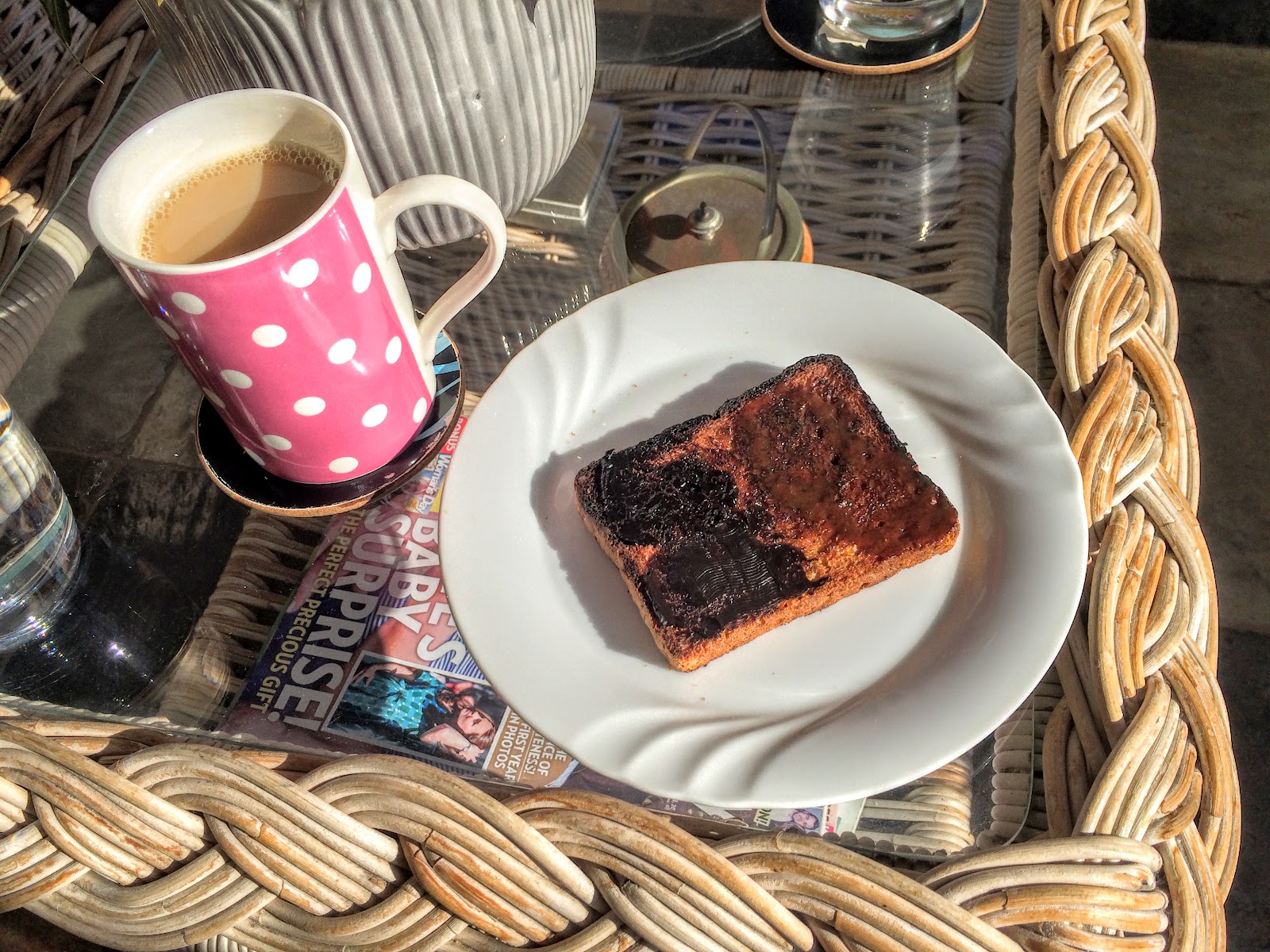