We arrived in Wellington around 10:30 at night and were eager to lay down heads onto camper car pillow. First we had to make our way a bit outside of town to one of Wellington's two designated 'freedom camping' areas. After coasting into a slot amid the slumbering camper vans were were interrupted only briefly by a local who had taken it upon himself to serenade to ocean with a drunken lullaby of high intensity. In the morning we awoke to the windy beach: 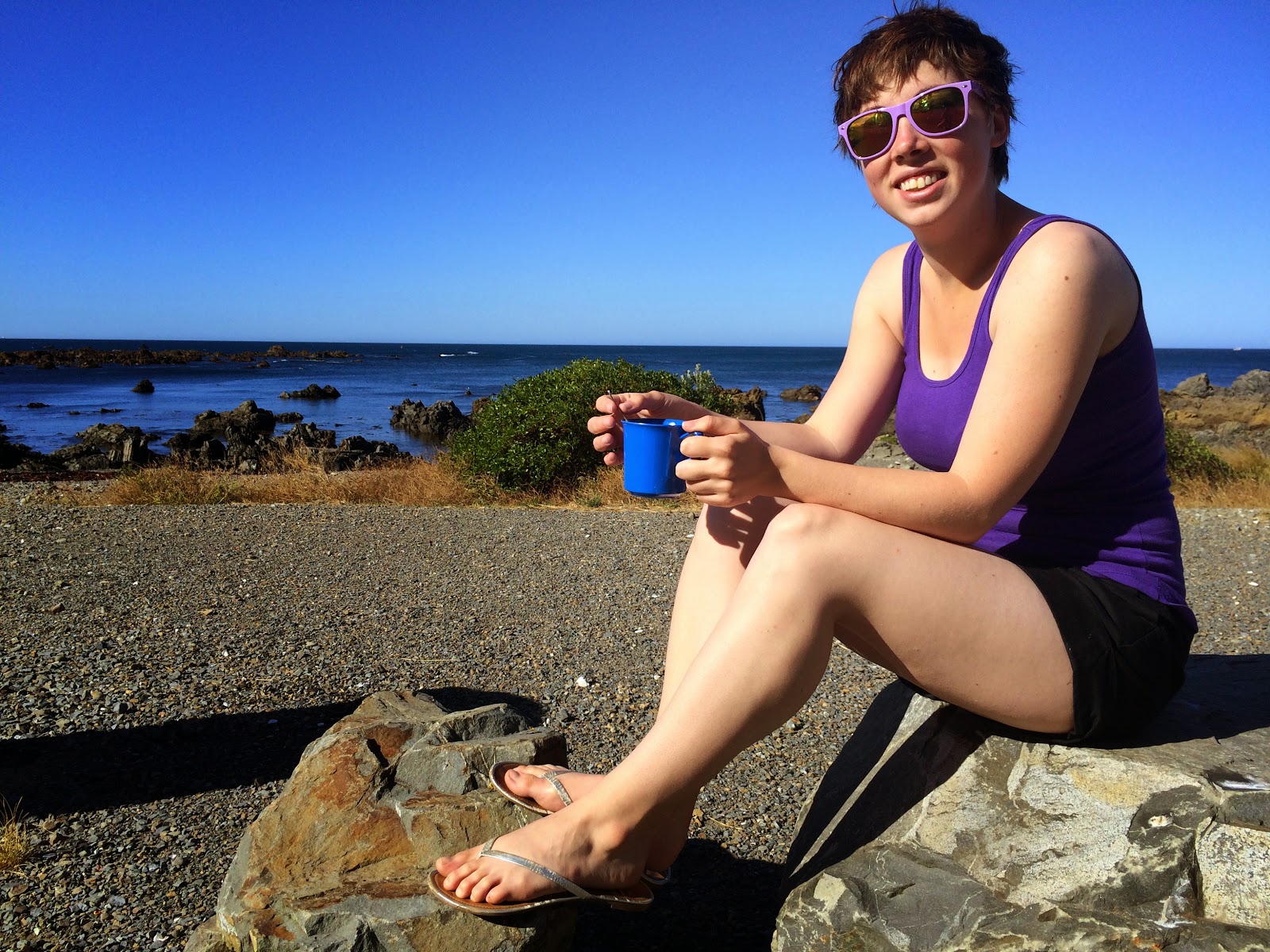 The opportunity to recharge from our travels was too good to pass up in sunny, cosmopolitan Wellington, but I may have taken it a bit too literally in the mode of solar power having now acquired my first NZ sunburn. Next up was Hawke's Bay, a region famed for it's Syrah, Chardonnay, and Art Deco architecture. The latter proved somewhat underwhelming, though perhaps that's what I get for having spent the past two years working around the corner from New York's Chrysler Building. In terms of the wines our picks are:

1. Church Road - By far by favorite of the trip so far. The Reserve Chardonnay was very well balanced in a new world adaptation of the classic European style, but the 2010 Reserve Viongier really stole the show as a standout wine marrying florality, minerality, and creaminess in an incredible balance. After visiting the winery I was surprised to learn that Church Road has suffered from a poor reputation within New Zealand of being a large, overpriced producer and a having, shall we say, a bit of a snob factor (a certain nonagenarian we talked to would have absolutely nothing to do with it!). Well I'd say it's time to give it another taste, eh?
2. Ash Ridge - This small winery impressed me a great deal with their maverick winemaking. Their 2013 Syrah was my favorite in Hawke's Bay.
Posted by Nick McBride at 6:06 PM