From the beginning I knew that the vast Tasman Sea between New Zealand and Australia would be one of the biggest challenges to cross without flying. Our primary plan was to try to crew on a yacht headed toward Australia. We've been to ports and ship yards in Auckland, up the coast in Whangarei, and the main international yachting customs port in Opua, Bay of Islands. 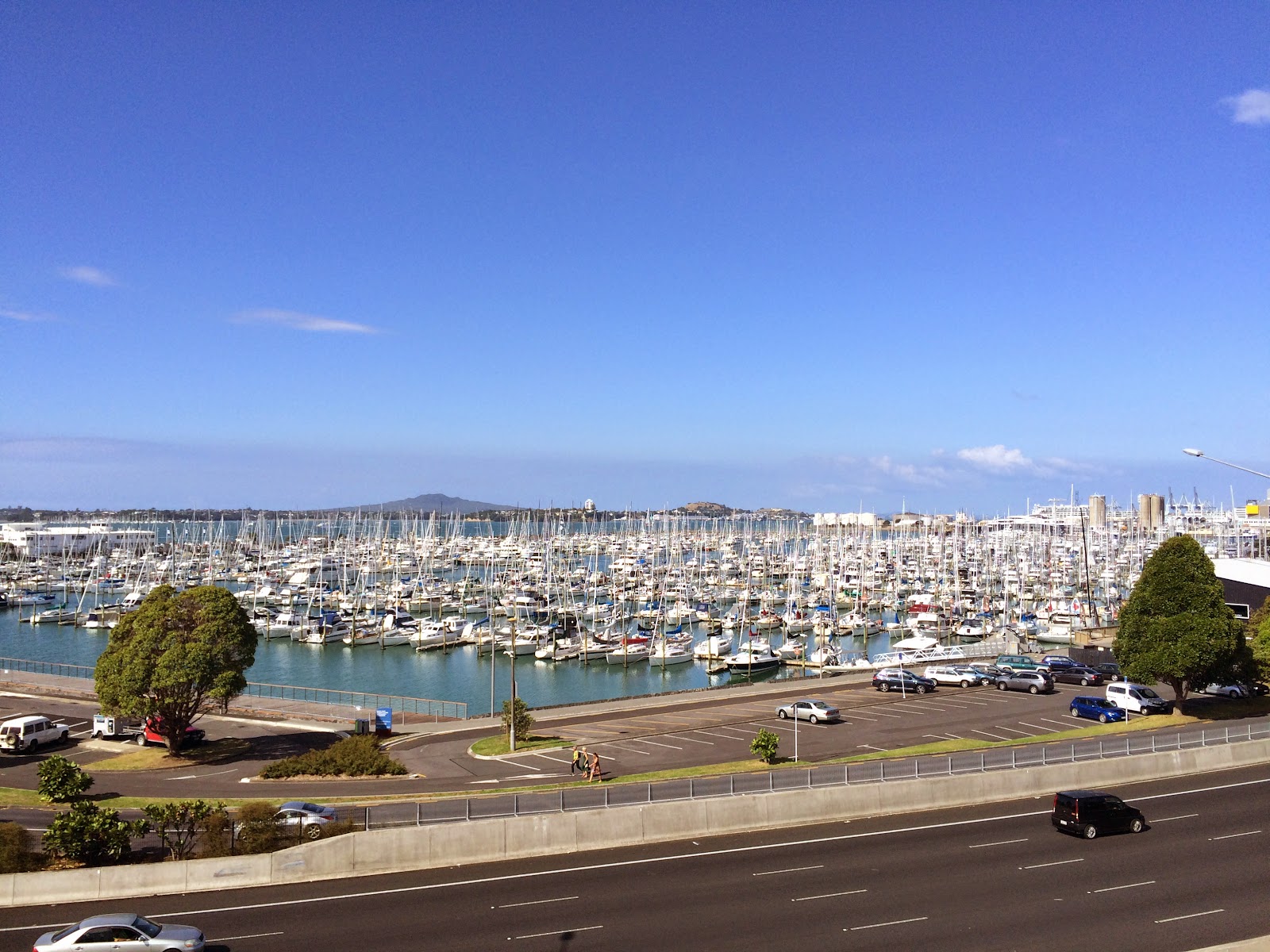 The universal consensus has been that we are about 6 weeks too early for any boats that might be headed to Australia. At this time of year the weather typically makes for a rough crossing. This has become abundantly clear through reports of three tropical cyclones currently tracking through the area including category 5 Supercyclone Pam, which is currently bearing down on northern New Zealand after having just laid its cyclonic smackdown on Vanuatu. This has even caused a delay in the Volvo Ocean Race, which had been schedule to depart Auckland tomorrow, leaving their impressive circumnavigational racing yachts wallowing in the harbor down the road. 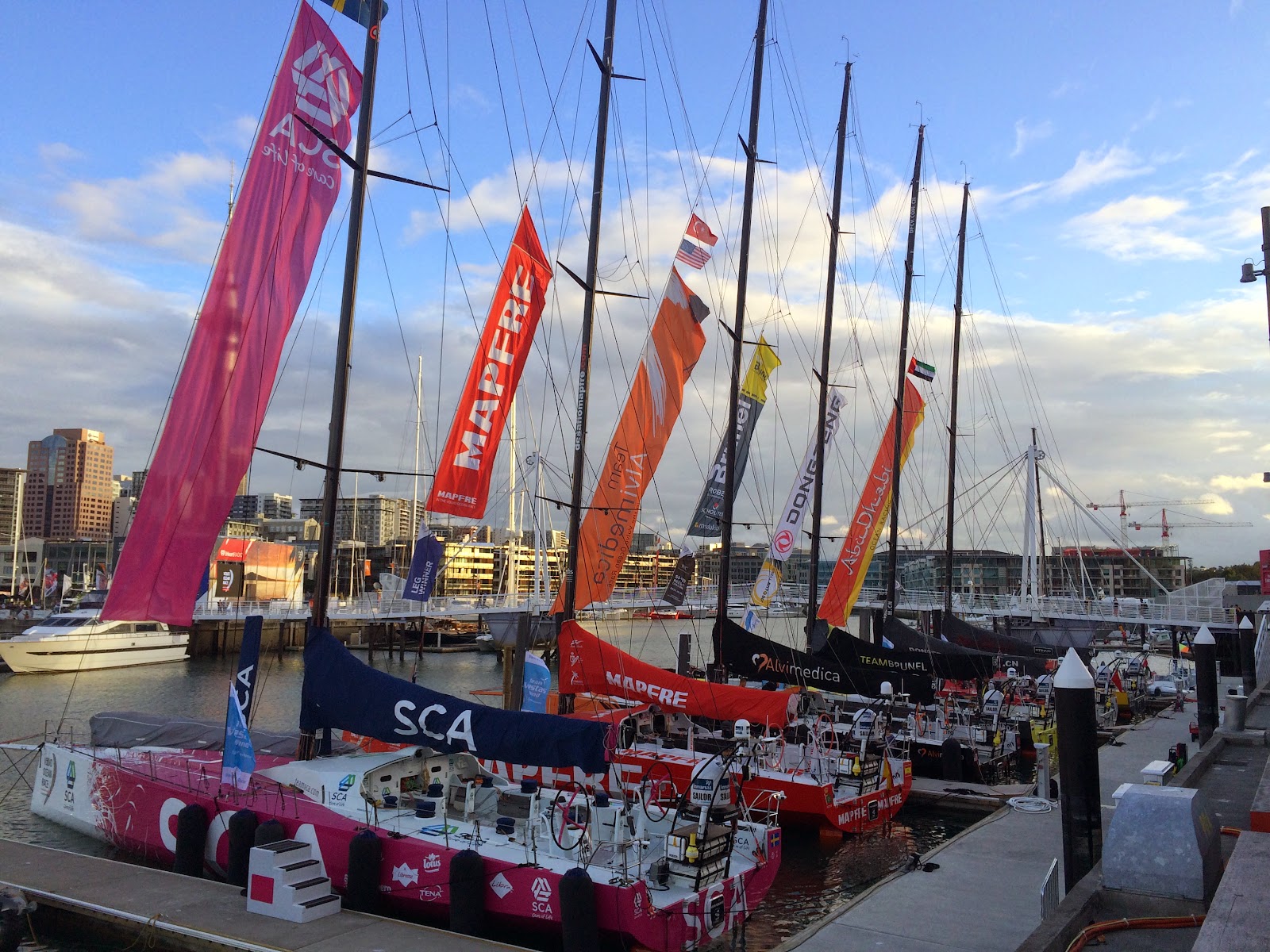 Alas time and money are growing short for our stay in New Zealand.

During our boat quest we traveled through some more stunning areas of New Zealand. We visited with Tāne Mahuta, the largest known living kauri tree. Clocking in at ~2,000 years old, 168 ft tall, and 45 ft around, Tāne Mahuta is the embodied force of nature. 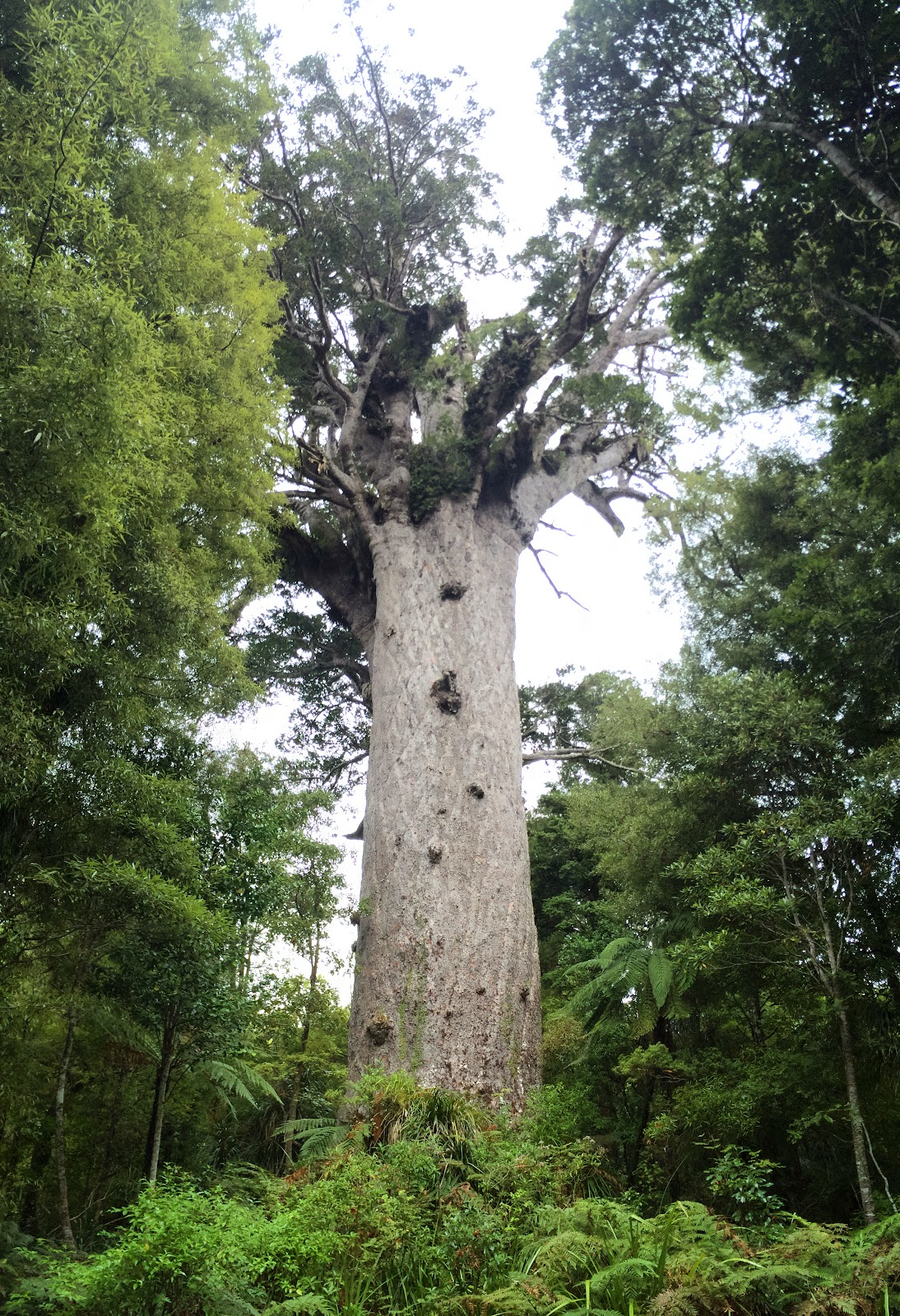 Tāne Mahuta, Lord of the Forest

The kauri was prized for ship-building, particularly masts due to it's superior grain structure and resistance to rot. Kauri gum was Auckland's major export for the later half of the 1800s. The gum is actually a fossilized resin from the trees that was, at first, readily available of pick up on the forest floor or beaches. Later, people began to dig for kauri gum underground in old kauri fields, leading to the substantial gum digger industry. Kauri gum was mainly used as a varnish and is still used in the manufacture of certain high-end violins.

A quick spelunking expedition in the Waipu caves revealed constellations of twinkling green glow worms lining the ceilings. The glow worms glow to attract tiny insects into their sticky threads for summary consumption. Littered across the floor could be seen a few dimmer spots where hapless worms had fallen into the unknowable and deadly realm of the ground. 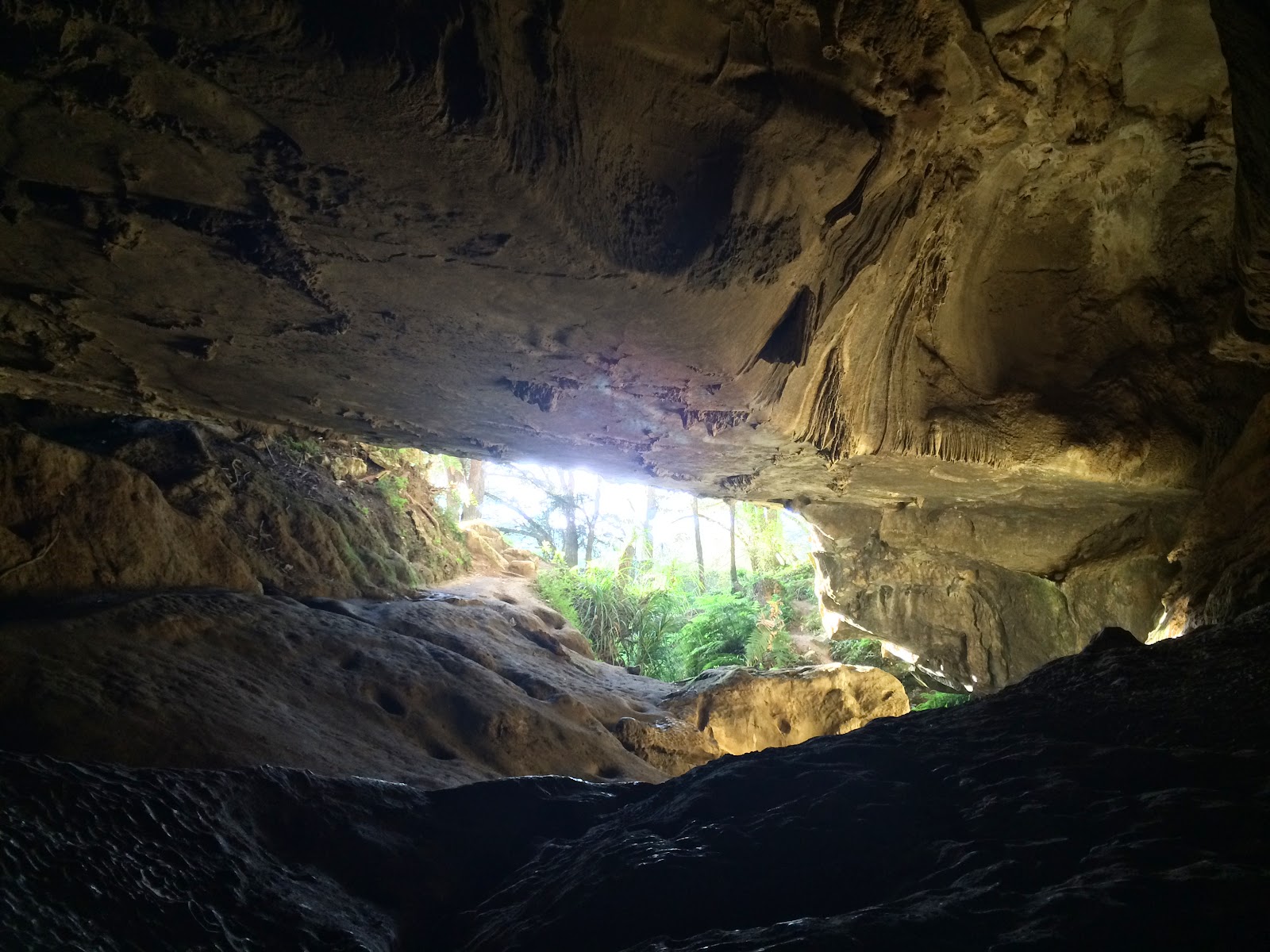 Waipu Caves, glow worms are invisible in this much light A New Zealand glow worm courtesy of Wikipedia (note to self: figure out how to do my own long-exposure shots)

The Auckland Arts Festival provided us with some more human-centric entertainment during our stay here, and I could not leave out Hundertwasser Toilets: the most famous toilets in all of New Zealand, and the claim to fame of the town of Kawakawa, where we camped for one night. 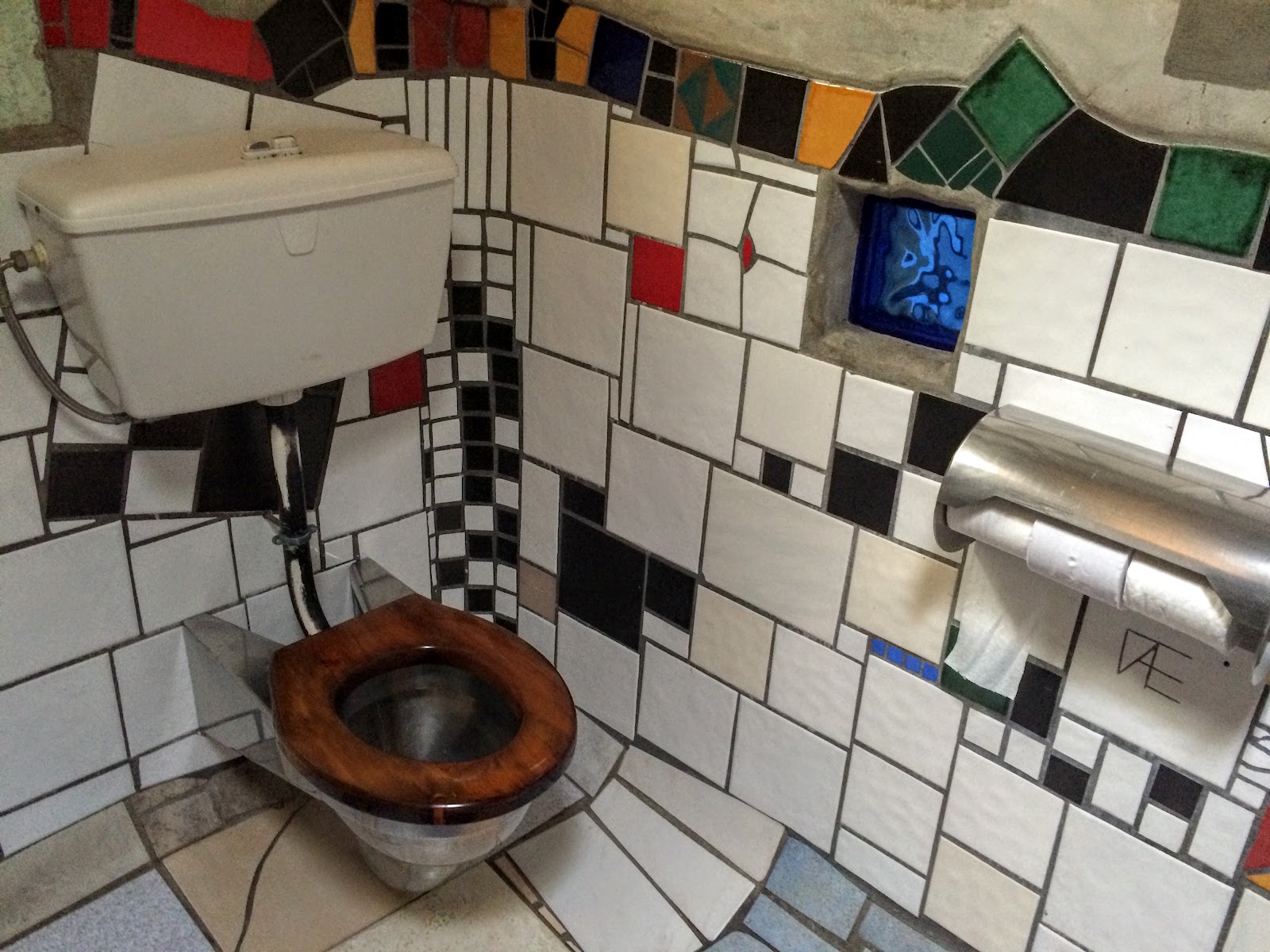 The Hundertwasser Toilets, the most famous toilets in New Zealand
Posted by Nick McBride at 12:25 AM