We made it to Mandalay!!
We are currently calculating our kilometer total and catching up on posts
Stay tuned for the details of this last leg of our adventure 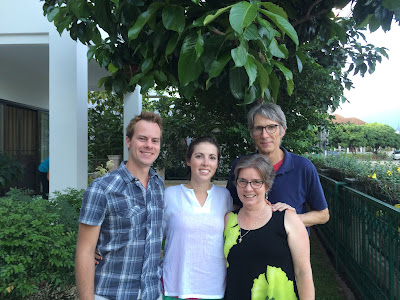 We took a bit of a break while my parents met up with us in Thailand :) 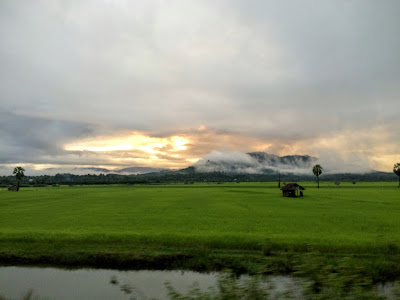 As Nick and I stood on the train platform, tickets purchased, the sky began to lighten into a dull blue. Our train scooped us up and trundled into the sunrise. I have seen a few of these illusive sunrises now, and I maintain that sunset is where it's at. One can gallop romantically off into the sunset, but with sunrise I'm convinced that the closest to romance one can achieve is a galumph. 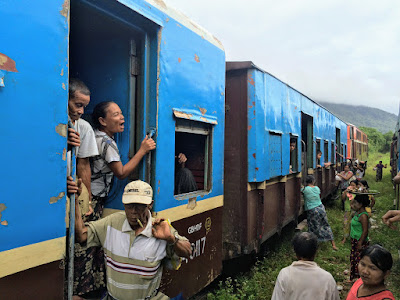 On this particularly early morning we were leaving behind the city of Dawei, Myanmar. Dawei was lovely, as Kawthoung and Myeik had been. Myanmar was so lovely it was exceeding my expectations, admittedly it wasn't hard as I had pretty much no idea what to expect and had made very few expectations. Dawei was my favorite of the first 3 cities. There was good food, we went on a beautiful bike ride, and everything aside from the hotel was super cheap. (Hotels in Myanmar are expensive!!) 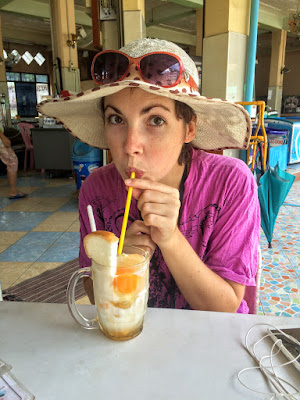 Myeik was the largest of the 3 first cities 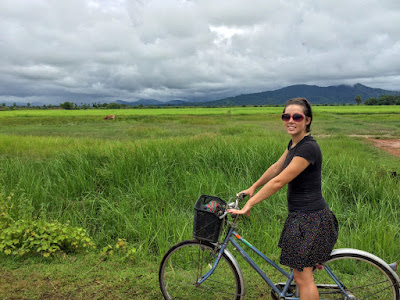 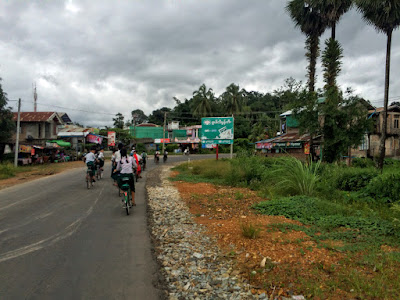 Now we were on our first train ride, and enjoying the amazing scenery between cat naps. This train was 24 hours and would bring us to Yangon in the early morning before our designated meeting time at the meditation center at noon. Even the early hour and the fact that there were no sleeper cars on the train couldn't dampen my excitement, we were on our way!! We made it across the restricted roads and didn't have to turn back and miss the meditation retreat to go back to Thailand! 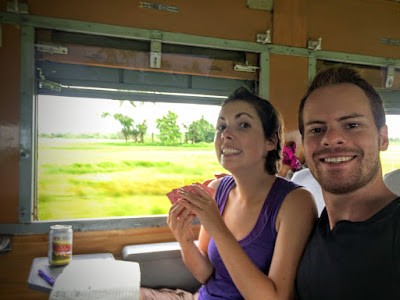 We're on our waaaaay

A particularly bumpy section of track jostled us awake around midnight. I began re-positioning myself, ("maybe if I crouch down in my seat a bit I won't get thrown bodily into the air on the next bump") when Nick gently nudged my arm and wordlessly handed me his phone. An email shown starkly at me from the lit screen, an email from the meditation center. I read it once, uncomprehending. Was it more explicit directions for our arrival at their Yangon office in 12 hours? I rubbed my sleep filled eyes and tried again.

Dear Meditators,
We are very sorry to tell you about cancellation of the 10-day course
which will be held on 05th October, 2015 at Dhamma Nidhi Vipassana
Center, Inntakaw, Bago.
It will be cancelled due to having some difficulties.
Please see at https://www.dhamma.org/en/schedules/schnidhi. <- a website with their schedule on it, the next meditation happening almost 2 months away. Visas are good for 28 days.
with regret,

That doesn't seem right. No, that can't be right. No, not now that we're this close! I looked over at Nick, blearily horrified. If I was still in doubt of what I read, his face solidified the truth. We weren't barreling toward our meditation anymore, just arriving at 6 AM in a random city.

While we would later reconcile the loss by deciding to return to Myanmar later and try again (at a different center), for the moment we were both feeling a bitter disappointment.