After the relaxing time on Tioman Island and our brief but enjoyable time in Malacca, we headed to the capitol, Kuala Lumpur and to the National Park. 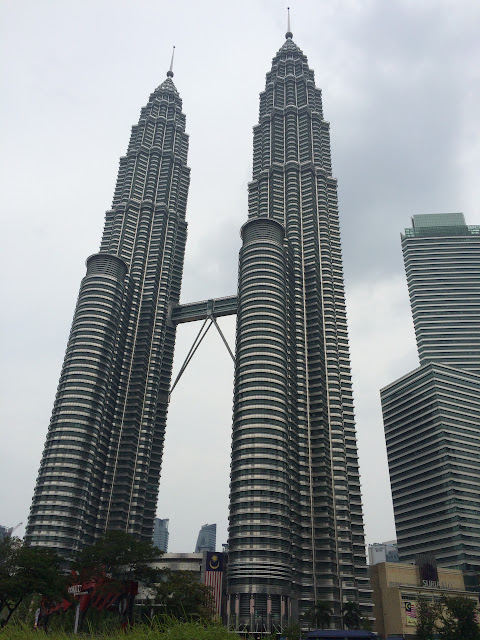 The tallest building(s) in Malaysia 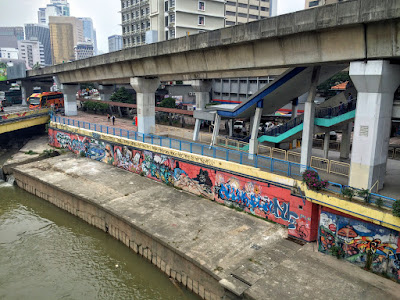 Taman Nagara National Park is home to the world’s oldest rainforest! A small sign in a tour company there claimed that it’s the home of Mowgli from The Jungle Book; a quick google search dismisses this as false, but while you’re there it’s pretty easy to imagine it’s true.

The permits to enter the national park area are very odd, I think. You must receive a permit to be allowed inside the park. It costs approximately 25 cents, $1 if you want to bring a camera. If you get caught inside the park without a permit the fine is $2,500! We decided not to risk it and paid for permits :)

Taman Negara was awesome, very cool to go hiking around inside. Despite the fact that I got a pretty bad (and eventually infected) cut here, I'm glad that we went. 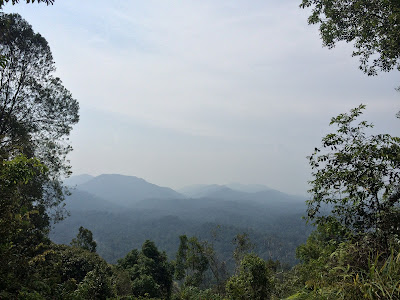 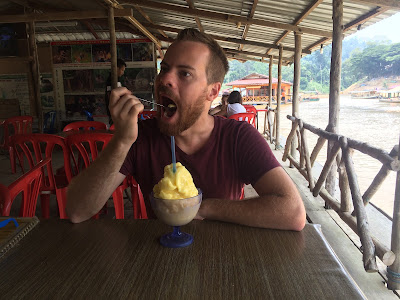 A shockingly large portion when ordering a mango smoothie

Getting there involved a tiny boat stuffed full of 20 people and their luggage. We were riding so low on the water that I blew air into the plastic bag inside our daypack to make sure that it would float when it inevitably got dumped into the muddy waters. (We didn't end up capsizing, just ran aground twice.) 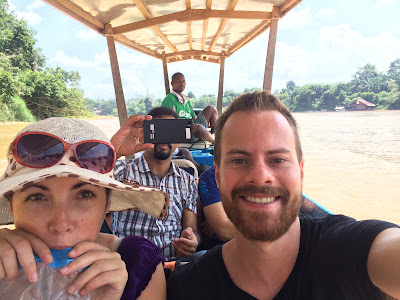 In the park we went on a small hike that took us to the "canopy walk," a thoroughly enjoyable elevated walkway.


We also did a nighttime guided tour to see some of the insect and wildlife that mostly comes out at night. Unfortunately we weren't lucky enough to see any big animals, but it was fun anyway. 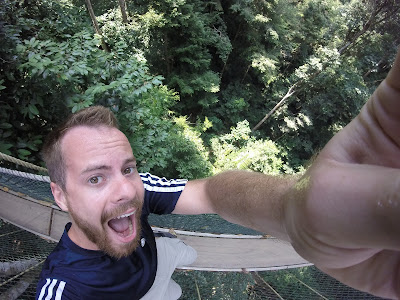 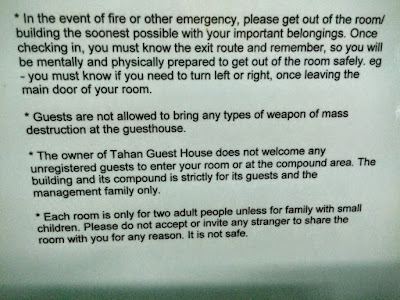 Funny excerpt from a (very long) list of rules at a guesthouse: read the 2nd one.

Next we headed out to the Cameron Highlands, the unquestioned highlight of the country for me. The highlands are a haven of cooler temperatures, tea, and delicious food. 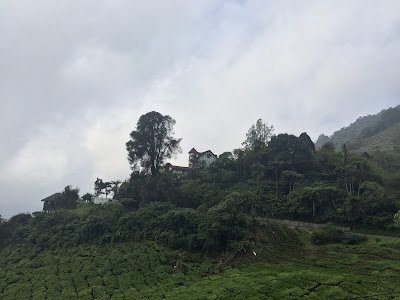 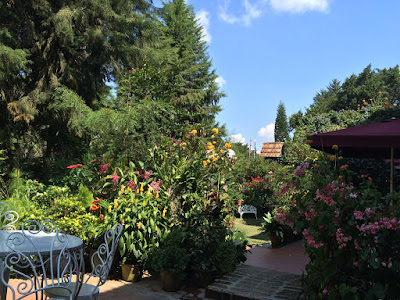 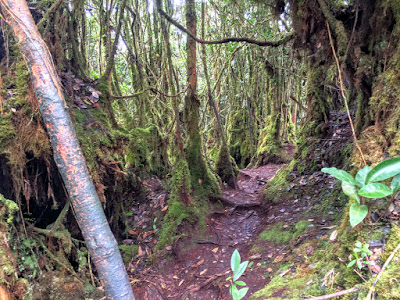 View from a cafe

Leaving the highlands we had 2 cities left that we wanted to hit. First, Ipoh, known for their beanspouts and chicken dish as well as their salted chicken. We stayed in Ipoh long enough to enjoy both then headed for Penang, an island known specifically for their street food. 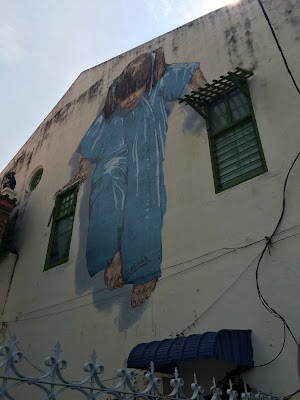 At this point, in our last city of Malaysia, we began to look ahead. With a relatively good idea of when our 28 days in Myanmar would fall, we decided to apply for our 10 day meditation retreat. The (online!) application was simple and straightforward, but included a question about prescription medication taken within the past few months. Name, purpose, dosage, duration.

Funny story: while in the national park I had a particularly bad fall, skinning the top of my foot and gouging my knee, among other less severe scrapes. I ended up with an infection and had gone to a clinic for antibiotics. The doctor gave me 3 things, an antibiotic, a cream, and some other pill for...I don't even know. Pain? Maybe. The pills and creme came in little ziplock bags with no label, just notes on how often to take them. I was completely unphased by this at the time, much to Nick's chagrin. "You don't even know what you're taking?!" "I told him about my medicinal allergy, presumably this is safe for me and will work, so what's it matter what it's called."

So I'm filling out this for to go meditate at a monastery and I'm rather opposed to lying (especially to a monk), much as "nope, no prescription medication" seems the simplest course. Instead I have to say "yes, antibiotics for an infected cut for the next 2 days. Dosage and medicine name unknown." Nick never would have left that clinic without the details of what he'd been given; his application would have been way less awkward. But we got approved! We're doing meditation in Myanmar! 10 days silent meditation speaking only to our instructor for a short period every day. It will be hard, but I think it will be really good, I cannot wait!
Posted by Elizabeth at 1:35 AM