We have officially left Australia and entered into the much more unknown areas of our journey.

Our last city in Australia, Darwin, was coincidentally my least favorite, so it made the separation a bit easier. What made it much harder was the fact that, yet again, we did not find a boat.

Next we tried contacting the main yacht club up there in Darwin and were informed that, although there is a race called the "Darwin to Dili Yacht Race," that will not take place until July and the season for yachters (is that a word?) pretty much begins with that race.

All this happened while we were still in our early Australian days, and over a month away from Darwin itself. Unlike New Zealand which is so small it was almost as though everyone in the whole country knew what was going on by the ports and had some idea about advice to give us, all the Australians we talked with along the way had no idea about the likelihood or knew anyone in Darwin. We decided to pin all our hopes on getting to Darwin, meeting people in person, and persuading them with our winning smiles. Needless to say, hope was dwindling quickly and irreversibly.

We did end up inside the office of the shipping company and the 2 yacht clubs there, trying out our winning smiles. The shipping company, at least, seemed legitimately sad that they couldn't help us, but legally they cannot take passengers and their crew is hired by a third party in some obscure country like Croatia or something. No offence to Croatia, you're not obscure in general, just in this specific case it was weird for a crew passing between Australia and Timor-Leste to be taken care of in a country half a world away. 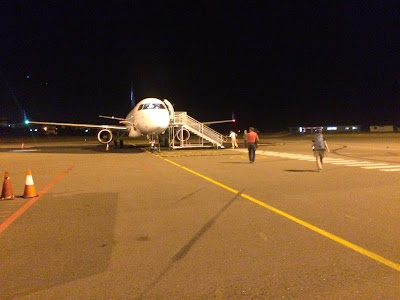 It was with a sad heart, therefore, that I booked our plane tickets to Dili. But without a backward look we boarded the pre-dawn flight and stepped off in another world.

Walking from the airport to our hostel.

3 things that make it easier, emotionally:

1) Australia is really big, and we made it across that without flying, even though everyone's advice on how to get from point a to b was always, "oh, it's just a quick, really cheap flight." I mean, our last train ride was 3 days long. I have to keep reminding myself that just because there wasn't water involved doesn't mean that the land we've covered is insignificant.

2) We have timed our trip to hit the height of the dry season in Indonesia and beyond. With so many islands to hop between, delaying months in NZ or Oz was neither affordable nor prudent. Hitting the wrong seasons around Australia may feel like we came at a bad time, but I can remind myself that we'll be hitting the right seasons later.

3) We've heard of and talked to multiple people who have hit a snag at this part of an attempted no-flying journey. The owner of the hostel we're staying at now it Dili was on an overland journey to Australia. He applied here for his Australian working visa, but before he could make it out of Timor-Leste, the 1 year expiration date passed. He is now married to a local woman and living here in Dili. A couple had an ad up, very similar to ours, in the yacht club in Darwin asking for passage this way. Their ad had been put up in February and not a single tear-off "take our contact info" strip at the bottom was gone. We did hear about 1 couple who made it over here, apparently a guy with a yacht makes semi-regular trips between here and Darwin and charges $400/pp to bring you along. The couple's experience is documented on their blog with the title "Trauma" and advising people to fly rather than subject themselves to this crotchety old man's verbally abusive companionship for 5 days.

And now that I've gotten myself out of the rut of disappointment with those reminiscences, lets say goodbye to Australia with some pictures!! 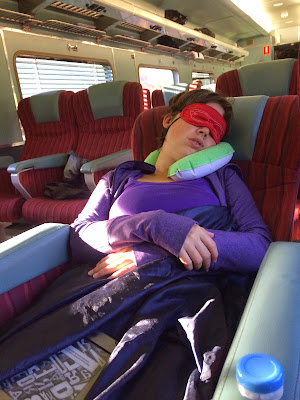 Sleeping on the train, a glamorous pastime. 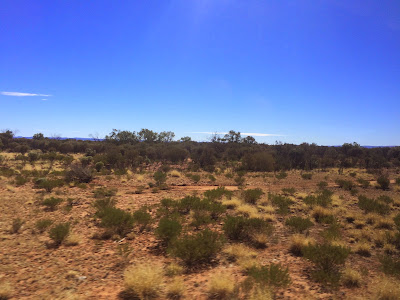 To distract from a whole lot of nothing. 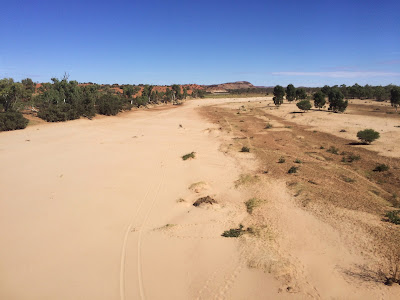 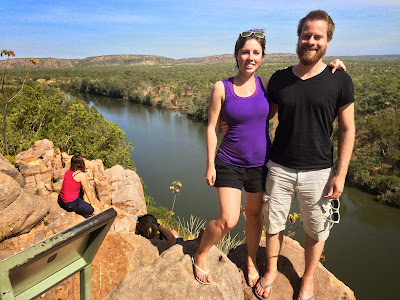 With one pretty stop along the way. 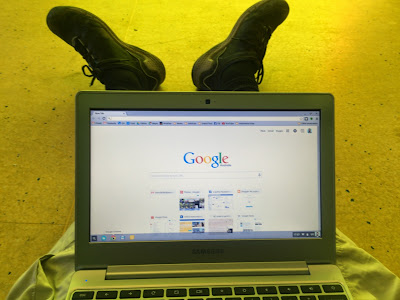 Arrived in Darwin, where our new screen was shipped. Success, Nick fixed it! 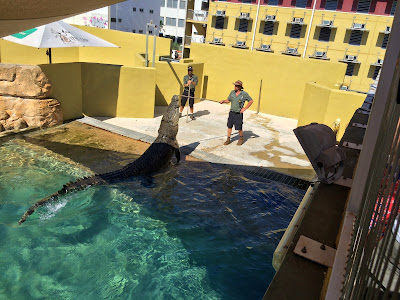 Got to see some crocodiles :) 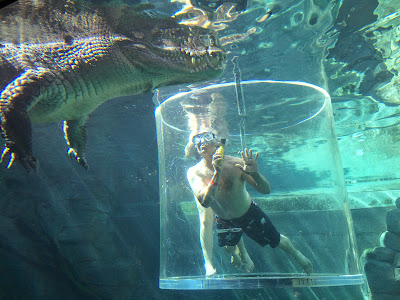 Not quite as up close and personal with the big ones as some people got... 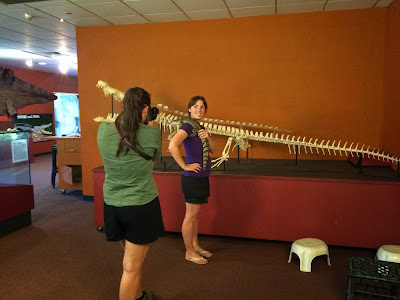 But we got to hold a little baby! Soo cute (and surprisingly soft.)

And even feed a couple! 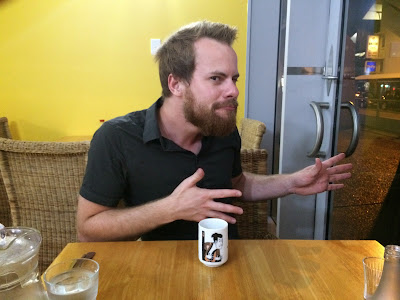 Had some fun imitating our tea cups. 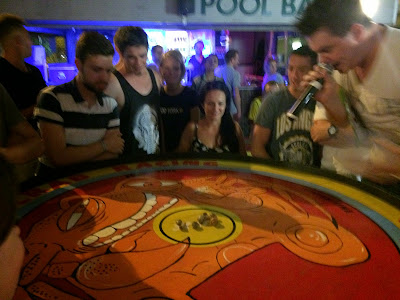 Our hostel had hermit crab racing... 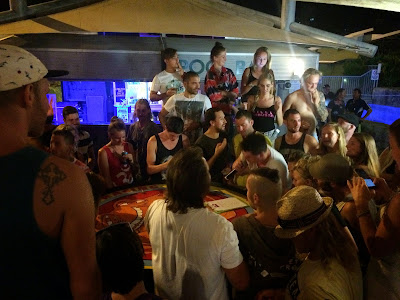 ...people got pretty into it.

Every sunset we were serenaded by masses of parrots. Yes, those are all parrots! 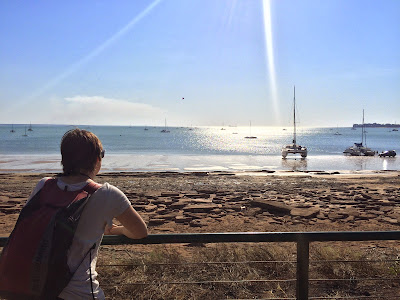 Well, goodbye, Australia.
Posted by Elizabeth at 10:59 AM